Now that I’m back (I do love repeating myself haha) again, maybe I should tell you all about the things I’ve been working on the past few months. I know I said I was going to blog twice a week but I made a joke about something, something became an actual thing, and then I got swept away in the madness. Obviously this was the time for Ma’iq to show real signs of teething and separation anxiety and I’ve been so overwhelmed I just took some personal time to get everything back in order.

So, first things first. I’m opening a yarn shop and today I received the keys, so the fun can begin! If you’re interested: here’s some of the details, but there’s more to follow as soon as I’ve started. The shop is located in the city center of Utrecht (Netherlands), on the Telingstraat 11. We’re going to be open on monday the 18th of July, but the grand opening is going to be in October! I have so many things I want to say and do, but I think the best way is to get the website/ social media up and running, so I’ll be sure to upload some pictures soon!

It all started out as a joke actually. Even though I’m very appreciative of the luxury position I’m in, I’m having a very hard time adjusting to a homebound life. I’ve always loved being at home, but I’ve always been able to just go out and do whatever I wanted. Obviously I’m not trying to be ungrateful, because, first of all, it’s all just temporary and I’m very lucky to have my sweet baby. On the other hand, since I wasn’t working I spent all my waking hours talking to somebody who only drools. I’m not a huge believer perse, but my star sign is gemini, and I’m a talker. I NEED to communicate with people. I love this blog (and it really sucked not being able to blog!!!) and I love talking to all of you, but it’s really hard not to have people to talk to, or just to listen. I missed listening haha.

Anyways, I guess what I’m trying to say is that I felt it was time for me to venture into the wild too. I need to talk to people, I need to blog and I need to *insert favorite fiber craft here*. So a yarn shop seemed like a good idea. My mom thought it was an awesome idea, so she decided to back me and here we are 🙂

So I’m currently working on the website and on the interior of the shop, but as soon as I get some of it done you can expect the first podcast to come online. I’m going to do a bi-weekly podcast, so yay!

So now that we’ve covered that, I’d like to show you some knitting 🙂 I haven’t been knitting a great deal but I think I should show these here anyway 🙂 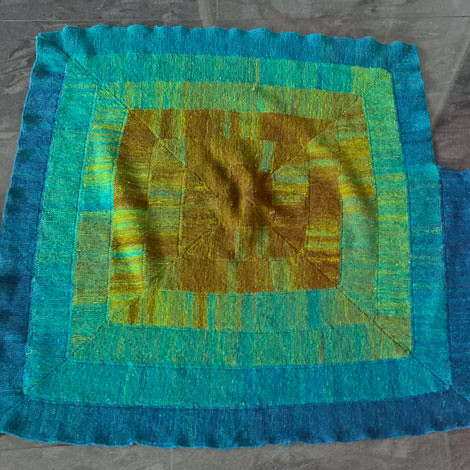 I finished Ma’iqs little blankie! it’s actually not so little and it’s really, really warm and cozy! The center is still a little wobbly, but I didn’t block it, I just washed it. It was big enough as is, so I just let it be 🙂 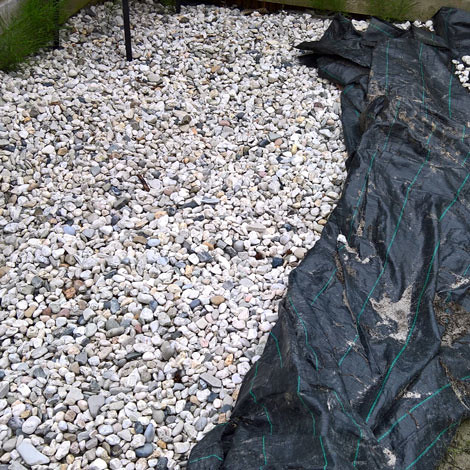 I’ve been working on the garden a bit, I moved a lot of pebbles around and I’ve managed to plant some things (in May) 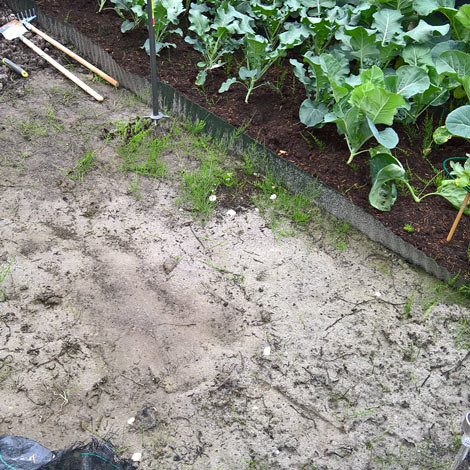 So prior to removing the plastic I had never heard of “horsetail”, it’s a plant that’s related to the nettle and apparently it’s extremely hard to kill. I’m not really bothered by them, because it’s kind of cute I guess. I remove them when they get too big and they end up on the compost heap. The story goes that the plant will eventually die if you keep it covered for about a year or so, but I can tell you that this information is not quite accurate haha. 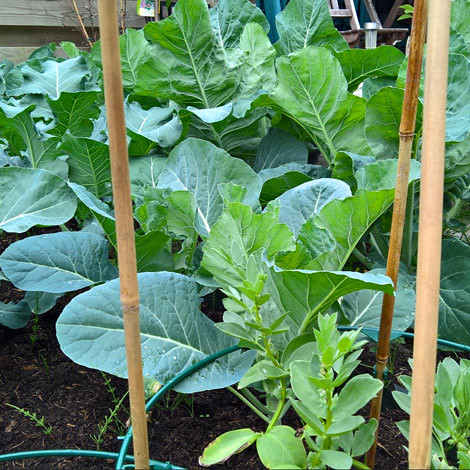 So here’s my cauliflower, broccoli and broad beans. I took this picture on June 19th and by now the cauliflower plants are gone. I harvested them all and I have to say they were delicious! I think it was the best cauliflower I’ve ever had 🙂 Unfortunately, you can only plant them once every 4 years, so I’ll have to wait for a bit before trying again 🙂 Oh well 🙂 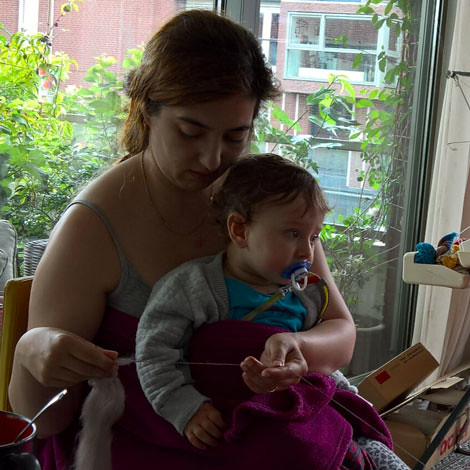 Two weeks ago Ma’iq and I both got the flu and spent two weeks cuddling and spinning. No phones, no internet, just being cozy. I got a headstart on the Tour de Fleece because I have big plans and I’m never going to be able to accomplish them (as usual lol). 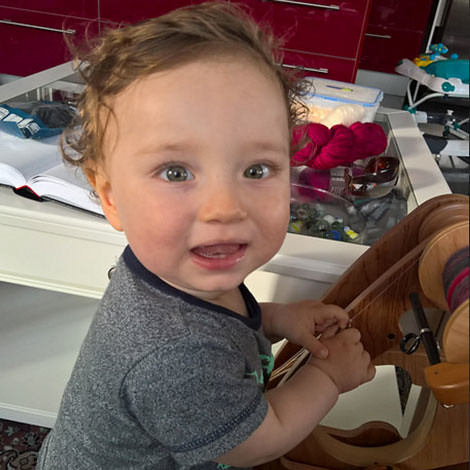 Before starting on the new project I had to finish the old spinning project and it was a good fun 🙂 Ma’iq has fallen in love with the springs on my wheel and he’s made a point of licking them (ew), he loves pulling on them and he’s already managed to stretch one out by grabbing onto it while falling and pulling it off the wheel. He’s so fascinated I can’t really spin when he’s around haha. 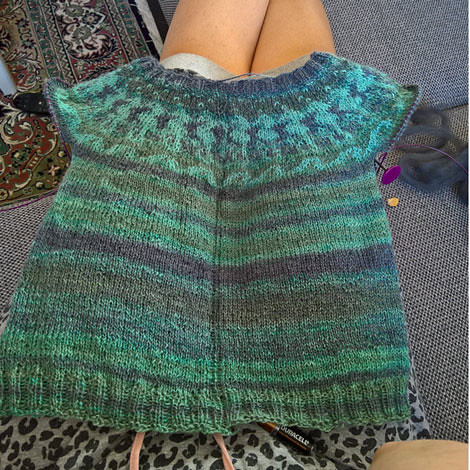 I’ve also been working on this little project here. It’s a sea horse yoke cardigan for Ma’iq and I’m now working on the sleeves. The yarn is a fractal spun 2ply and the fiber is “Jungle Night” by Dutch Wool Diva. The contrasting color is Alpaca Rhythm by Scheepjeswol. I’m going to steek the thing and add a tiny button band. This was my first fractal spun yarn and I’ve fallen in love with the technique. So much so that my latest project is also a fractal spinning project.

The past years I’ve been living for the Tour de Fleece, and last year I didn’t manage to spin because  I had a Tour de Baby, but this year I’m working on a custom dyed fiber by Dutch Wool Diva and I’m going to spin and knit it for my new to be born nephew 🙂 His arrival is expected in early August, but I’m not sure if I’m going to make it or not, but it’s okay since he’s a summer baby 🙂 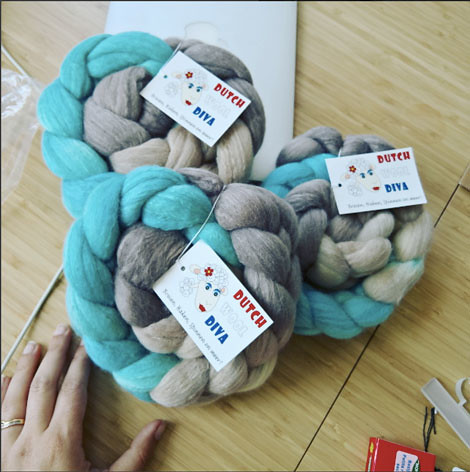 I have 300 grams of this amazing fiber (80% South American and 20% Soy silk), and I’m going to make a fractal spun 2ply laceweight. One of the singles is going to be a long gradient, and the other ply is going to be 3 repeats 🙂 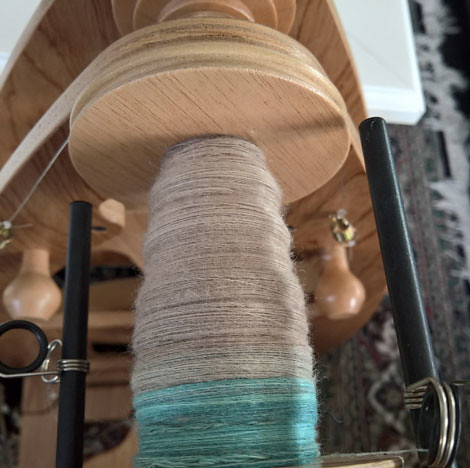 So far I’m almost halfway (this is an older picture) and I’m really excited, this stuff spins like a dream and I can’t wait to get some more spinning done. Tomorrow is the first day of the Tour and I’m soooo excited! Happy spinning 🙂