I’ve been meaning to post another post, but since it’s the 19th today, I’ll post this one first instead. Today my blog is 7 years old! Yay! What a happy occasion! I feel a throwback tuesday coming up.. (I don’t know why I can’t ever get these posted on actual thursdays.. whatever..)

Seven years ago I went on a trip and caught the knitting bug by an aunt who knit one scarf after the other. She used the yarn with the bobbles and I was so inspired I decided to give it another shot. I used to knit and crochet a lot when I was a little girl, but I never knew what to do with it. I didn’t have any magazines or (obviously) internet back then, so I just made a few granny squares and that was the end of it.

Family visits were nice, but usually also very boring. I come from a huge family and some of them I don’t know very well, so you visit and do all the things a polite guest does (I did a lot of visiting between 14 and 21), but you’re young and the older people are talking so you just sit there and entertain yourself until it’s time to go. (Persian families.. nice. how well behaved I was..). Anyhoo.. I started knitting because I the difference between staring at your mobile phone and staring at your knitting is that the first one is rude and the second one is a conversation starter. So I bought some needles and some yarn and I went at it.

Back in Holland I found some online stores (because back then I was waaay too shy to visit an actual yarn shop..), and I started expanding my knitting. I relearned to knit continental style and I never stopped wanting to learn more and more. 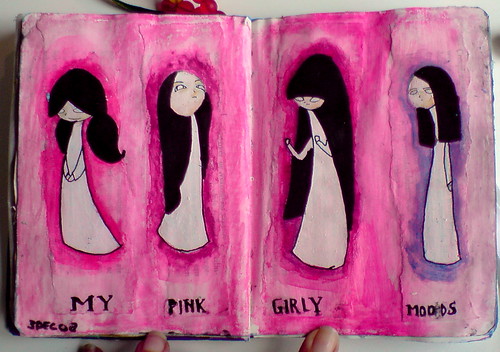 Back then I did a lot of drawing and art related stuff. Here’s an attempt at art journaling. 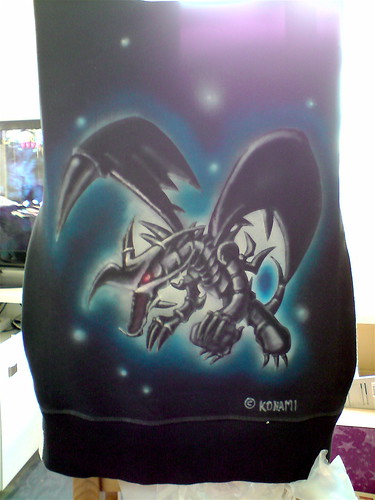 I also did freehand airbrushing. When I think about it I still really like drawing and airbrushing, so who knows, I might get back to it 😀 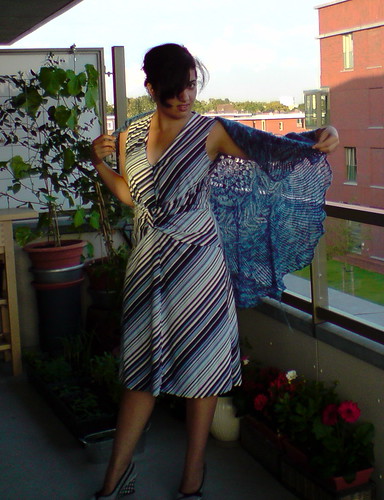 But just knitting wasn’t enough so I started sewing as well. The first thing I’ve ever sewn is a reversible winter jacket. Because I can’t just learn something easy… I still don’t understand why I’m like this. Unfortunately for my I don’t have any pictures 🙁 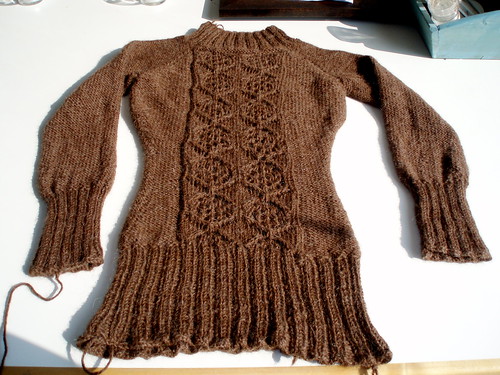 I knit, but I also felted a lot.. Like this one.. Still very bummed about it.. 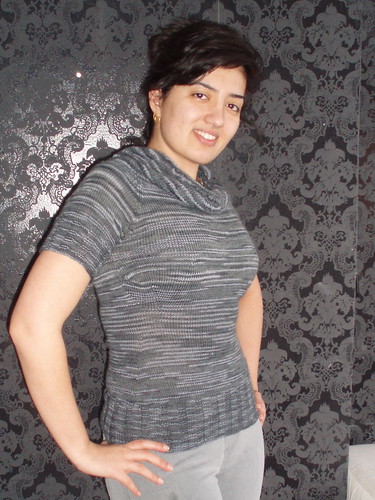 Also felted.. never even wore it once.. 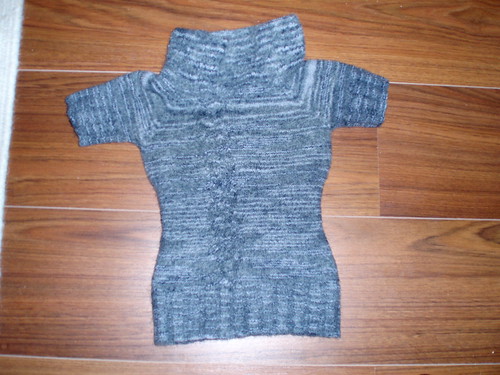 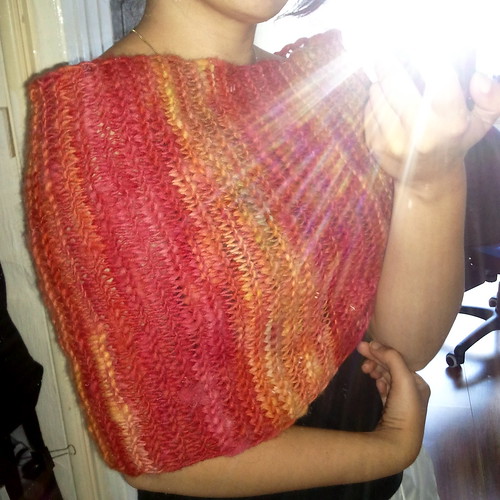 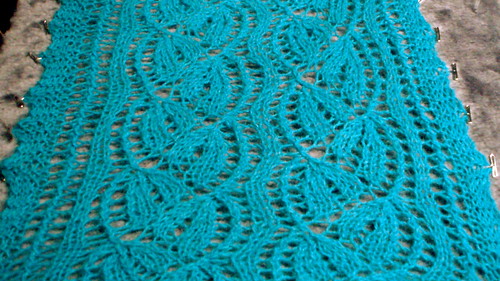 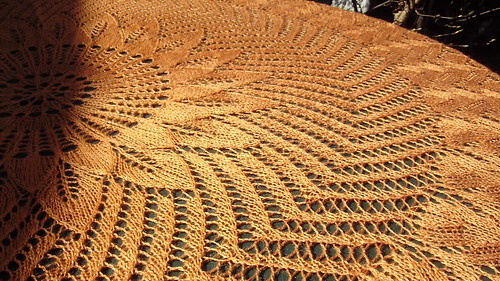 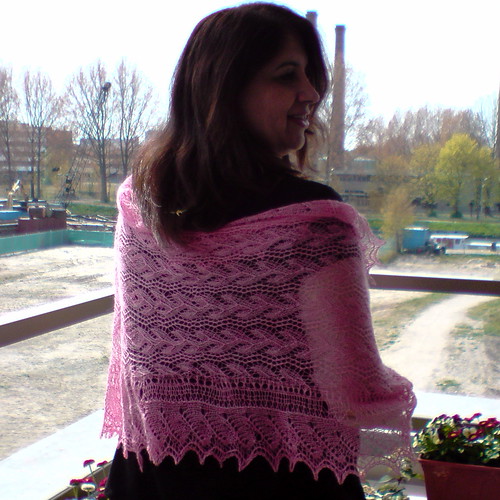 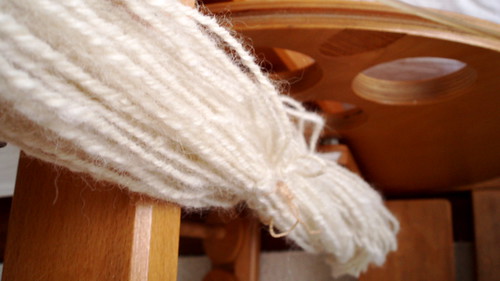 Then I started spinning and life got so much better! Behold my first alpaca yarn! 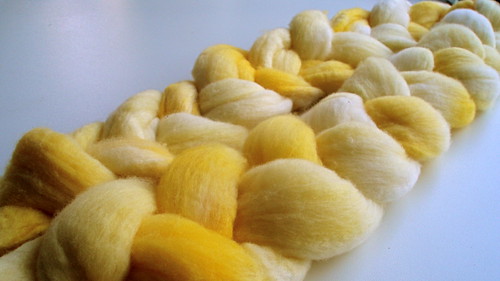 My second handspun was also handdyed! 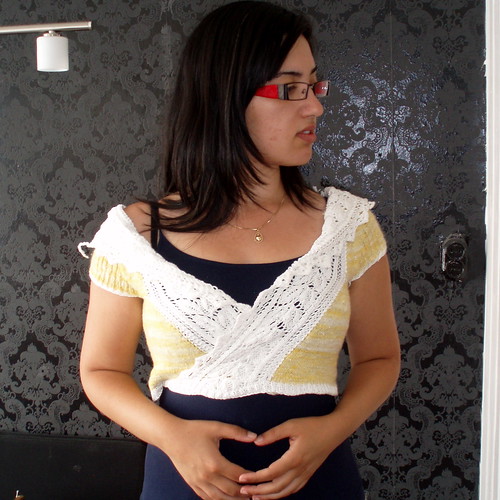 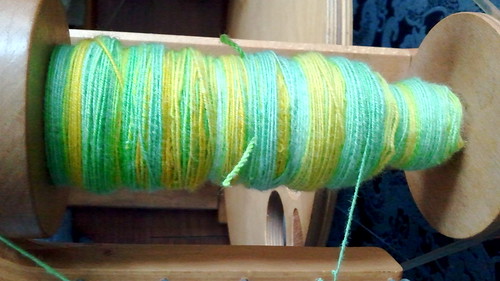 my third handspun yarn was also hand dyed and became these socks: 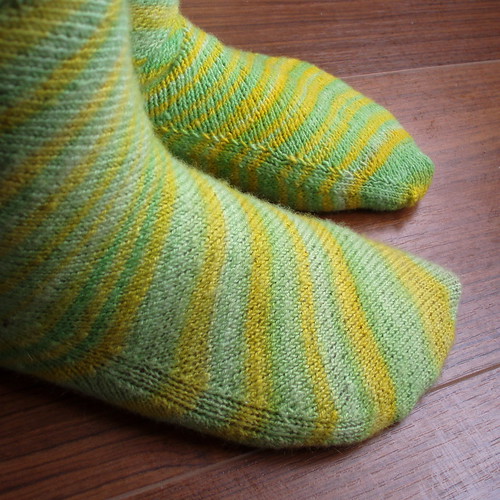 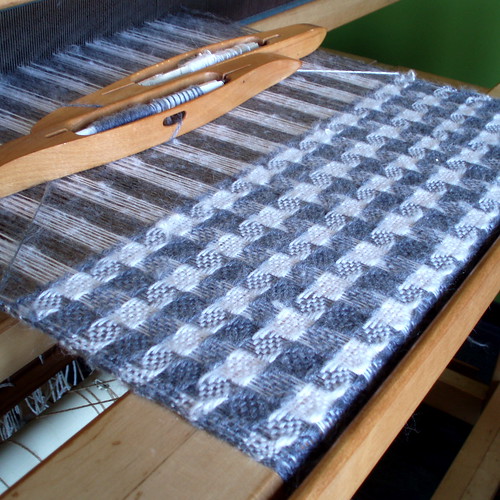 I gave weaving a shot, but in the end it’s not really for me I guess. It’s very meditative and nice, but I’m too impatient and the loom (I used) was too big for my house.

It’s real fun to look back every now and then. There’s been so much progress that I had almost forgotten about those firs steps. Looking through these pictures made me realize I actually lost a lot of those knitted projects along the way. They either got felted, or weren’t knit with the right yarns. I’m dedicating one of the next posts to the fallen comrades.