I’m really happy with the progress this tour! Obviously it helps that I now have a good wheel to spin on and a drum carder to process my fibers! I’ve managed to spin quite a lot of different yarns, and I’ve been able to practice some different techniques! 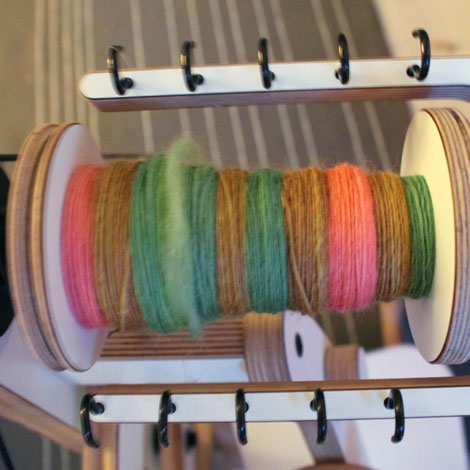 I had bought my mom some fiber to go with the little golding for her birthday, but it’s a very busy time for her and she didn’t have much time to practice just yet. So I decided to spin it for her so she could at least knit with some handspun 🙂

I’ve had some reservations when it comes to barberpole and fractal spinning, but I decided to give it a shot. I know my mom really likes different colors, so I decided to just go for it 🙂 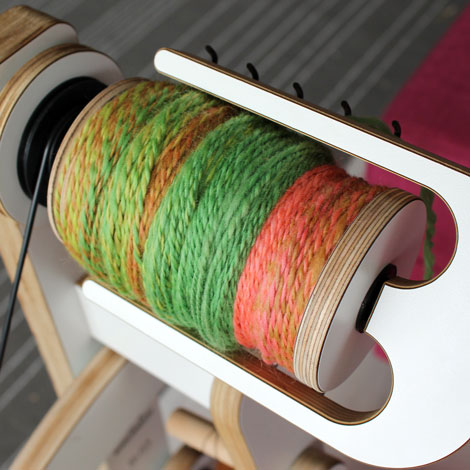 I’m usually a fan of fine spinning, but I know my mom is not a fan of knitting with fine spun yarns. So a new challenge was born. Spin thick singles and ply them evenly.

I usually spin using a long-draw, woollen technique, but for this I needed a worsted method so the singles would become nice and smooth. This was a challenge as well, but I think it worked out pretty well in the end. 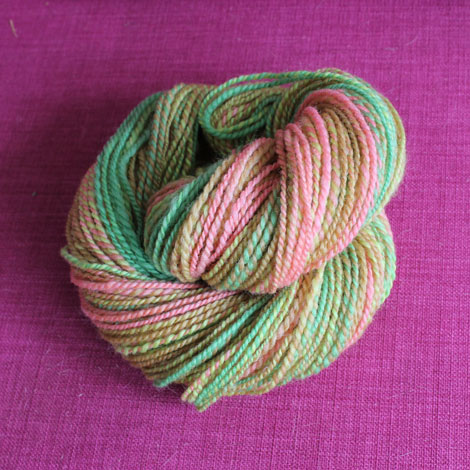 I’m really pleased with the final result! My biggest fear with barberpole is that the colors might become too muddled or too bright. But without even realizing it, I completely fell in love with this technique.. 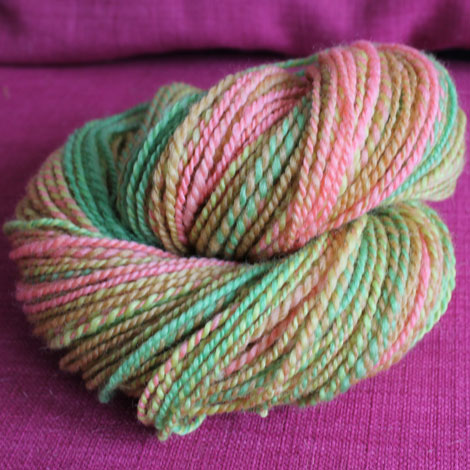 So here’s a list of the things I learned/ noticed while working on this project:

2. Pinching is really not so comfortable. I wanted a sleek, non-fuzzy single for this project, so I spun worsted style. But for this method you need to keep the twist from entering your drafting area, so there’s a lot of pinching. I may have been a bit too extreme, but I ended up feeling some strain in my fingers and tendons. It’s okay for 100 grams, but not for more than that (for my problematic hands).

3. Barberpole.Is.Awesome! It’s amazing how much depth you’ll get when using fractal spinning. It’s not 100% barberpole. It has places where the colors are nearly the same, and places where they are total opposite, but it’s the changes that make it awesome 🙂

4. Twist! When plying, use a lot of twist. It gives the yarn a much prettier finish, than when it’s underplied. I have a tendency to underply my yarns. I really need to work on that. 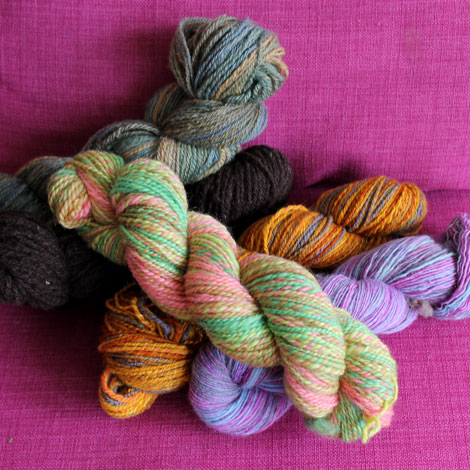 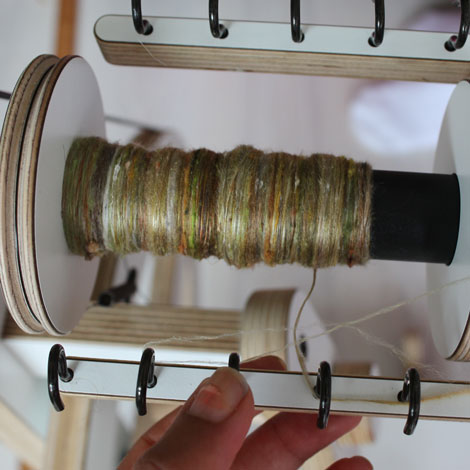 I also worked on two silk hankies I bought at the Breidagen fair. I decided to spin them the way they wanted to be spun (which is quite fine), and then ply them with some thick, dark brown singles. (I don’t know what fiber) 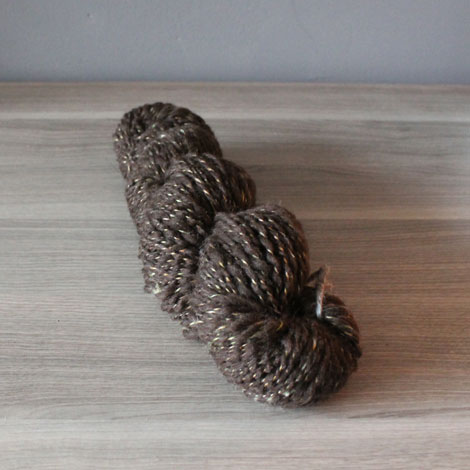 I ended up with something like this. It hasn’t been washed or measured yet, but I really like the effect. This is for my mom as well, so I hope she likes it 🙂 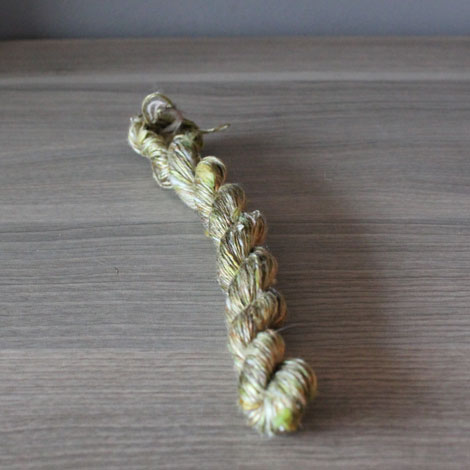 The remnants were chain plied to form this little hank of yarn. Also unwashed and unmeasured. 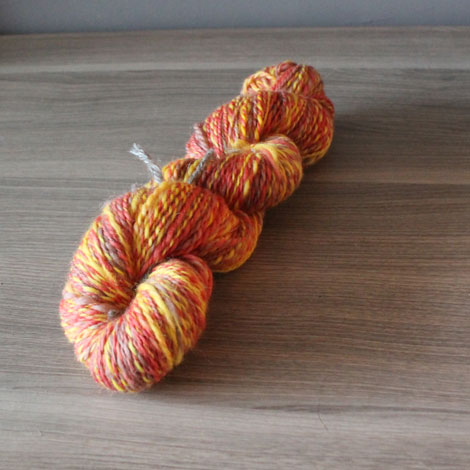 I loved the fractal spinning so much I decided to try again. This fiber is called “Corndogs” and it’s also unwashed and unmeasured. Aladdin fluffed up a lot after washing and drying, so I’ll post another picture when that’s done. I think I’ll try more combinations and different weights 🙂 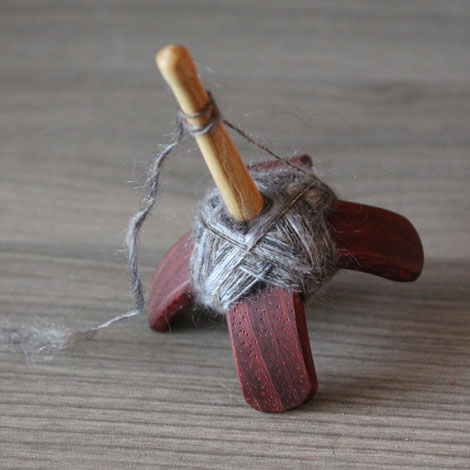 I’m also spinning some cashmere/silk blend I dyed on my new little turkish spindle “Kolibrie” I think this spindle is adorable, but I’m not completely happy with the dye job. I’m going to wait until I’m done spinning and plying, if I still don’t like it I might give it another shot. 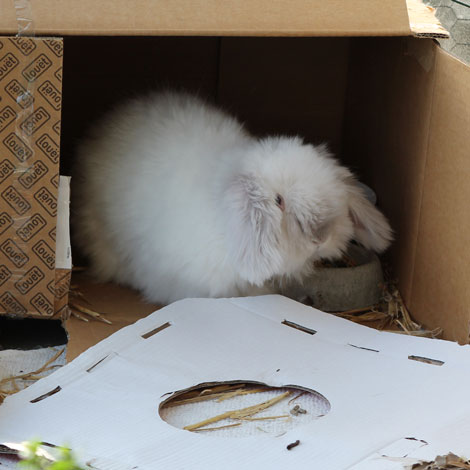 In other news: the bunnies are having a lot of fun on the balcony! I placed a box and some hidey holes for them so they can hang out outside without feeling overexposed. Bam is really digging his new house 🙂 Zuzu likes to sit behind the bike.. She’s hard to photograph these days haha. 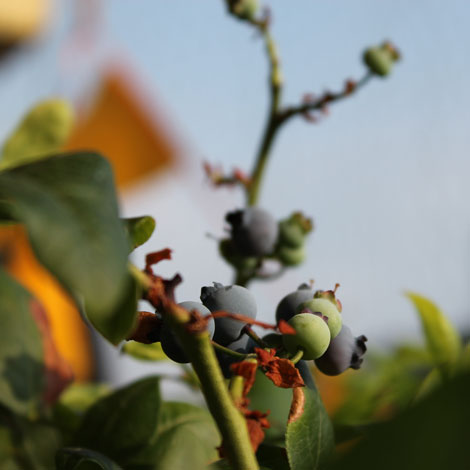 The blueberries are doing great and they’ve become quite tasty 😀 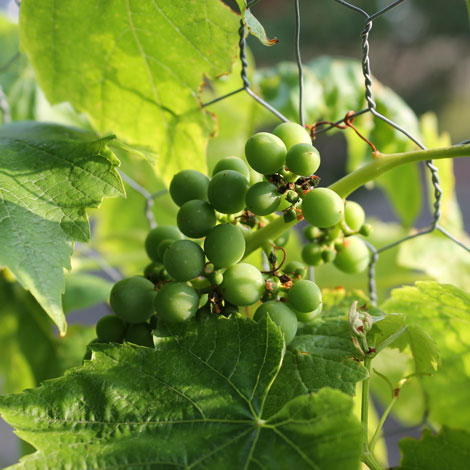 The grapes are doing good as well! I can’t wait to see how these little cuties turn out! 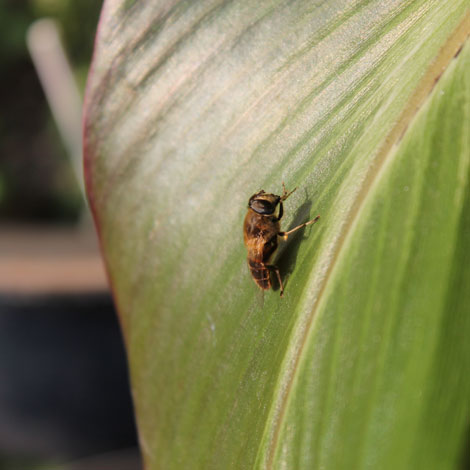 Here’s something I’m really proud of! Look at this beautiful little guy! Hope you guys are having a great summer as well!