I’ve felt guilty over everything as if I personally was responsible for all of those things (which turned out to be good things!). During this pregnancy I was sick a lot. I didn’t feel particularly good and had a total of two months where I was not nauseous. yay.

So because of how I felt I was forced to take a few steps back, not only in the shop, but also at home and with Ma’iq. I used to take him to daycare, but now I wasn’t able to anymore. I couldn’t lift him, I couldn’t change him (because I got sick), I couldn’t bathe him anymore.

I’m a very independant person and this really took a toll. I felt bad, not for myself, but I felt a LOT of guilt towards Ma’iq. As if I had chosen to check out and not be his mom anymore. In my head I had ‘chosen to abandon’ my kid because I wanted another one and the shop was more important.. you know that asshole of a voice who tells you you’re ugly and unlovable and is an overal jerk.

So I listened to my dark passenger and said: nothing.

I went through my photo’s and selected one photo for each month. I wasn’t looking for photos of us together in particular, but I found out that most of them were of us together. We’d spent so much time together I didn’t need to feel bad. He probably hadn’t even noticed a lot. It was all in my mind. Let me show you the 12 pictures I collected 🙂 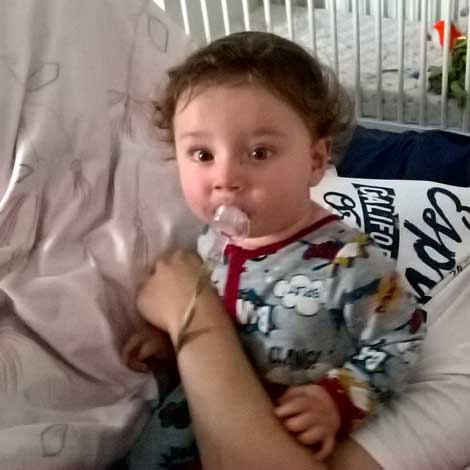 This is June 2016. This is stupidly enough one of the periods I routinely go back to in my mind. It’s a sort of nostalgia, but in fact it’s more Stockholm syndrome than anything. I breastfed this kid for 18 months, for a very big chunk of this time I was sleepdeprived. We spent every day together and he didn’t even go to daycare at this point. 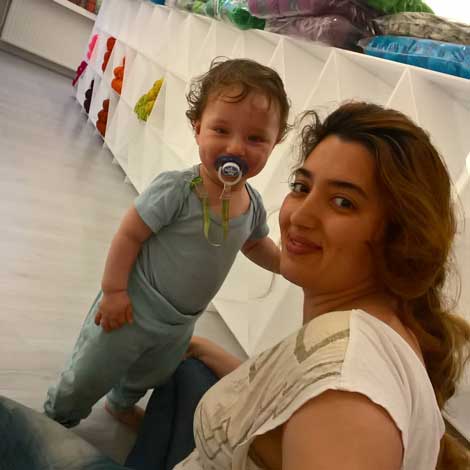 July 2016. We had just finished the cabinets in the shop and were filling them with yarns. We spent a LOT of time in the shop, from morning till evening 🙂 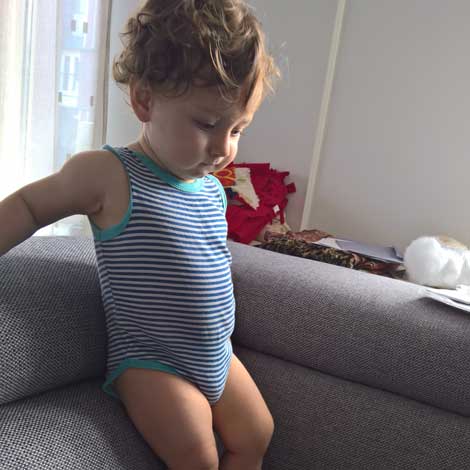 August 2016. We spent so much time at my moms house. Look at those chubby cheeks! 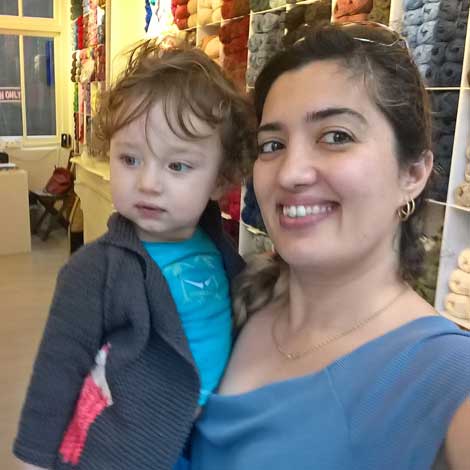 September 2016. Look at this yarn shop baby! Still in my arms, still playing in the shop. I noticed after a while, especially once we were done with the building and repairing and whatnot, that it was time for him to spend less time in the shop. He was getting bored, and I had to keep the door opened (and he’d like to walk out). So it was getting a little dangerous. Here’s where I started to work one day less, so the shop was opened 6 days a week instead of 7. 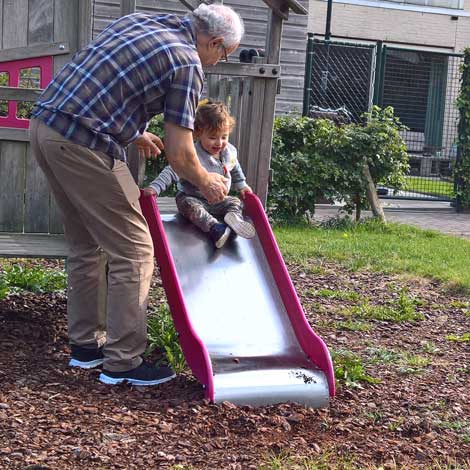 October 2016. When I was a kid I used to spent a lot of time with family. I believe that the bond between a child and his/ her grandparents is a very valuable thing, so when Ma’iq spent less time in the shop, he’d spend more time at the grandparents. I’ve always hoped for my kid to have a good bond with his grandparents and he seemed to absolutely love it. win-win! 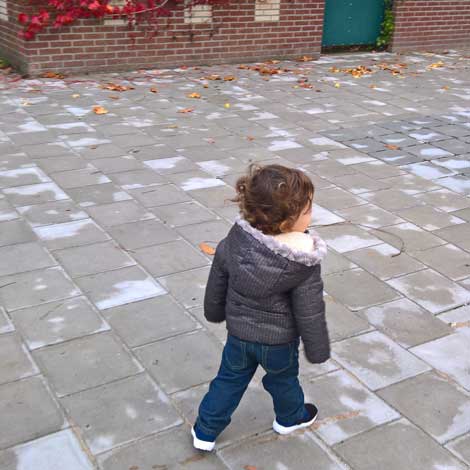 November 2016. Ma’iq loves to run! At this point I could still run with him! It was my second month of pregnancy, so nobody even knew 🙂 We spent a lot of time running around 🙂 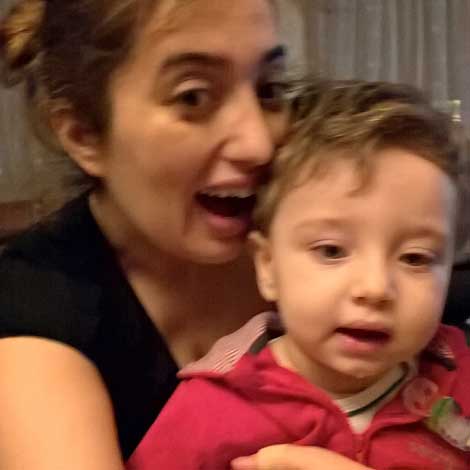 December 2016. Lots of hugging and lots of family gatherings. I closed the shop for two weeks and spent some time at home. 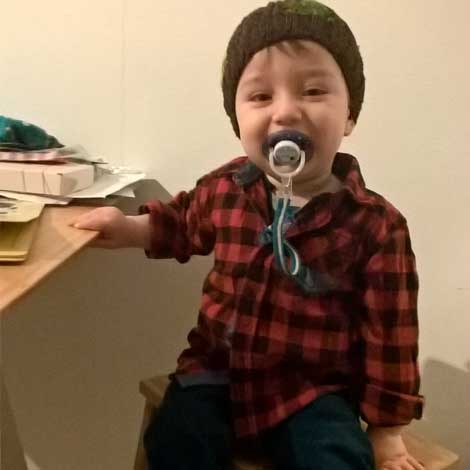 January 2017. Look at this little lumberjack. Here’s our morning routine. He’d wake up and I’d pick him out of his bed and take him down the stairs. I’d fix his breakfast and we’d eat and play before he’d go to daycare/ his grandparents house. So I’m in the kitchen and I turn round and see him sitting there (but I couldn’t see the chair). He was sitting on the stool and feeling very proud of himself. Look at that smile! 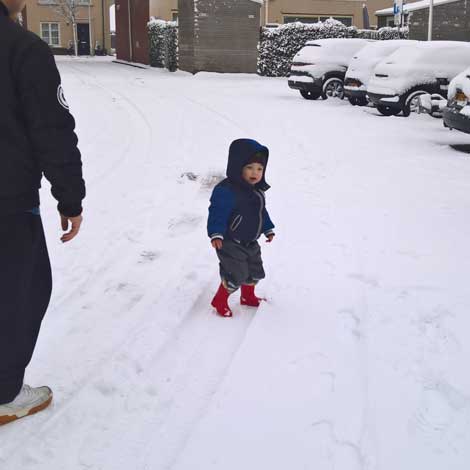 February 2017. We had a LOOOT of snow, for a weekend or so haha. It was the greatest thing ever. We went sledding and it was glorious. Ma’iq was having the time of his life, even though he fell of the sled a few times (we weren’t going very fast). So much fun! 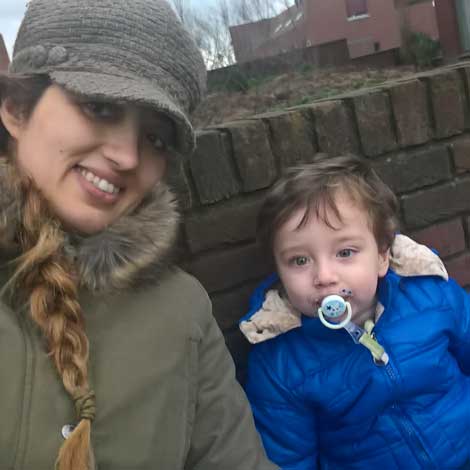 In March 2017 we spent our free time running around in the park. It was harder to follow him around in open spaces, so I chose parks with borders 🙂 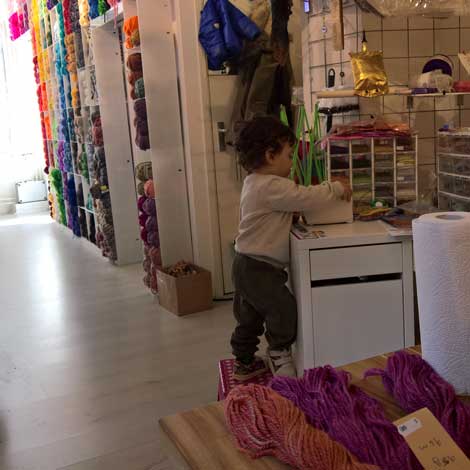 April 2017. Look at that. He knows how to buy stuff already haha. He loves pushing the buttons and see what happens 🙂 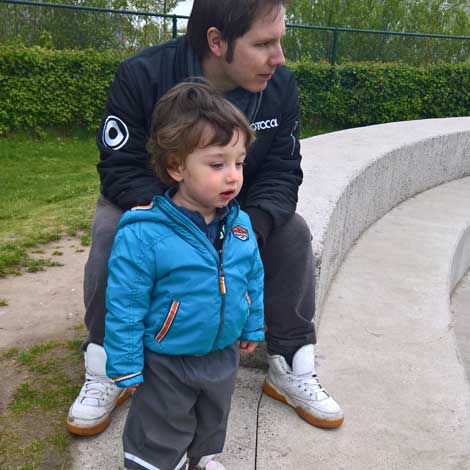 May 2017. We discovered an awesome playground in the park next to our house. It’s a few minutes bike ride and it’s all Ma’iq’s ever dreamed about haha. I had to sit down and not move around much, but I’d find Ma’iq coming by every few minutes to say hi or to give me a hug. 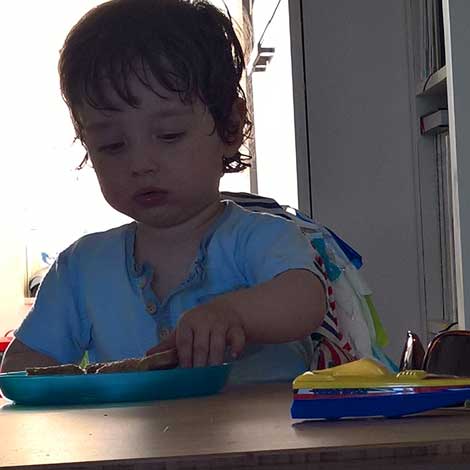 June 2017. Eating his own sandwiches, drinking from cups. Eating with fork and spoon. Going to bed without any problems and generally sleeping through the night. Even though it’s been a very gradual transition from baby to little bouncy boy, it feels as if it happened overnight and I missed it all. But here’s the thing. I didn’t miss it. I was there for all of it. I couldn’t lift him out of bed, but I was there to play with the cars and building blocks. I was there every night (except for just 1 a week) to kiss him goodnight, to hug him and play with him. To make memories with him, to take him places and have a lot of fun.

Next post there will be knitting again! I just had to write this down for my own sanity!

4 thoughts on “That mommy guilt…”