Yesterday I found another reason why blogging is good for me. I must say I had my doubts about actually publishing the previous post. It’s really hard to face your failures, but what I found particularly painful is how many items I’ve lost due to negligence. I realized that I’d never give myself a knitted present. How awful is that? At the moment there’s a lot going on around artist getting their due and not working for free, but in all honesty I don’t respect my own art/ craft. I’ve been treating it very poorly and I was quite ashamed. How can I expect other people to respect my time and my craft when I don’t.

One of the main reasons is that I knitted it myself. The thought behind this is “if I ruin it, at least I’ve ruined it myself and nobody will get their feelings hurt”, but in thinking like this I forgot the most important thing: I’m the lead character in my life, MY feelings got hurt a LOT.

What also helped a lot is reading that Marie Kondo book. She writes about respecting your stuff because they work hard for you and deserve to be treated well. That one really made me realize that I don’t treat my knitted garments with any respect at all. I usually throw them in a box (or a drawer) and only take them out when I need them. I don’t let them air, I don’t treat them respectfully, but I do expect them to last and work for me. I’m a sucky knitwear owner… (I guess in this sense it’s only good I’ve been giving away my socks lol).

So now that I’ve learned this incredibly valuable lesson I decided to restart en re-do! There’s a number of projects I loved very dearly (and ruined), so much even that I’m going to re-knit them and cherish them like the original ones deserved.

I already started with Balsam. In the previous post I had named it Spiral Cowl (I don’t know why).

I bought these yarns at the LYS (which doubles as a LYS but is actually a dry cleaners..) and I was initially planning to knit something for Ma’iq, but in the end I decided that the yarn wasn’t suitable for a drooling, puking baby because of the halo. I’d be cleanin little tufts of fuzz out of his cute little drooling face all the time. Instead I decided to use the 4 balls to knit Balsam. I’d knit balsam twice before, the first time was the one with the mistakes. The yarn I chose was an acrylic boucle sort of yarn, and at the time I knit Persian style (in which you knit the back loops instead of the front loops), so all my twisted stitches looked odd, and the beautiful effect of the spirals was much different. It also didn’t frog too well, I knit way too tight back then, and the overall progress was really slow. One of the biggest rookie mistakes was that I never frogged when I made a mistake. It was too much effort to get where I was anyway, so frogging felt like wasted time (I know better know, thank you :P).

The second time I knit this project I forgot to knit the ribbing with smaller needles which resulted in flabby and curling edges. It was horrible and I hated it so much I frogged it and I never even added it to my rav projects (I think).

The other project I’m going to re-do is Oranje! 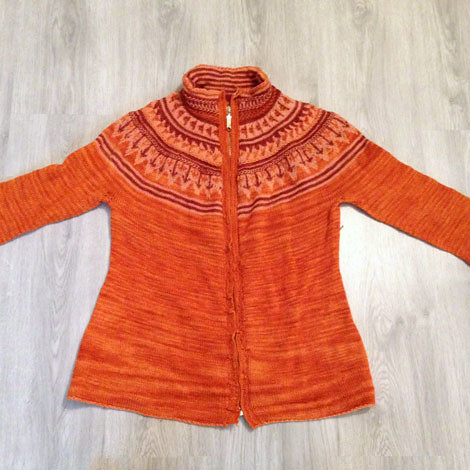 While I was working on this post I was under the impression that I had written about Oranje in the previous post, but apparently I haven’t posted these pictures anywhere. After washing this project it bled. I mean, the yarn bled like a dying pig.. after the first time washing it the white yarn became pink and it’s gotten worse over time. This yarn STILL bleeds, and I’m not joking. Seriously Malabrigo, you can’t sell shit like this. But anyway, I should’ve washed the yarn in advance (and in future I’ll always wash the yarn (with vineagar) in advance to prevent such disasters.. 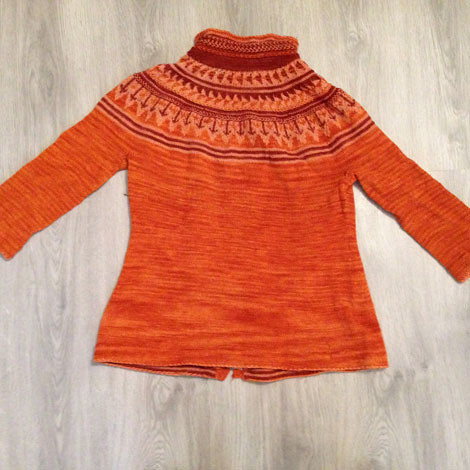 This was one of the hardest projects I had ever knit and I was so incredibly proud when I had finished it! It looked so incredibly good! 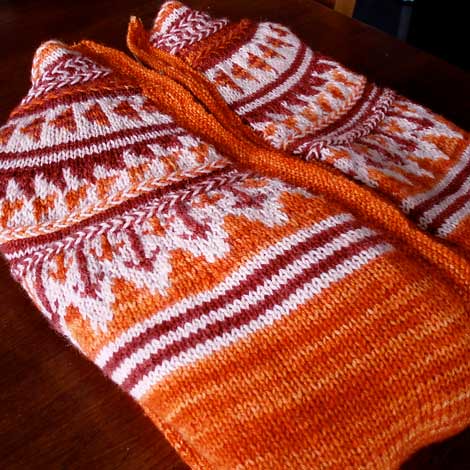 Here’s what it looked like when I had just finished it and below is what it looks like today. I tried a lot of things, but none of them worked. The last thing I’m going to try is very aggressive (I’m going to soak it in vanish oxi action gold..) but since I’m going to throw it out it might be an option. 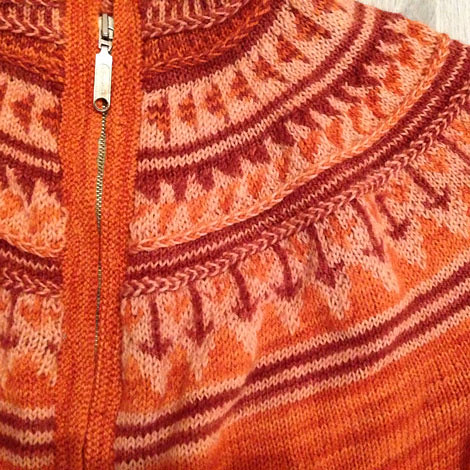 In the mean time I’ve worn it once or twice (when I sub consciously want to punish myself for something), but it really needs to go. But before I can let it go I need to reknit it so my conscious is clear. This project deserved so much love. It was one of my first real big stranded knitting projects and I loved every bit of it.

I’m going to use these yarns for the main body: 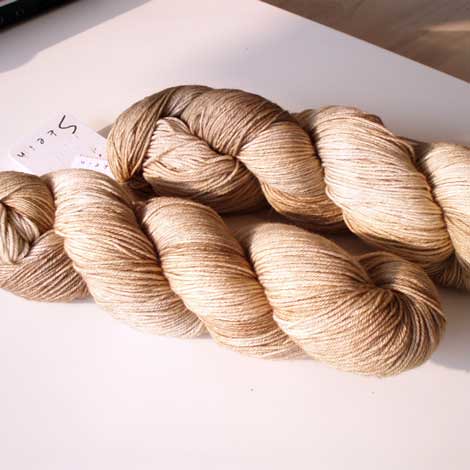 I now have three skeins of skein yarn (I bought one in the same colorway later), I’m going to combine it with “butterscotch” a Dutch wool diva sock glitter yarn (pictured below) and a Malabrigo sock in Cordovan, which I’ve ordered and I’m going to pick up tomorrow. I’m really excited about this project and I’m going to make sure the Malabrigo yarn doesn’t bleed by washing it a few times before knitting. 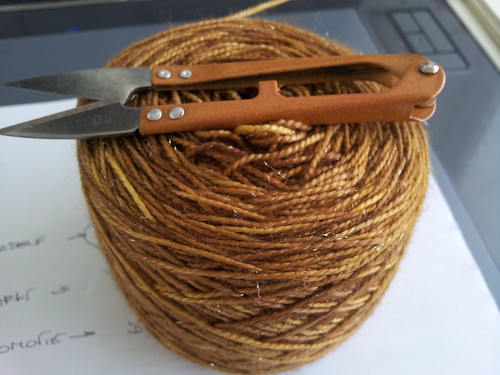 Third in line is the tangled yoke cardigan! I loved this one so much I’m going to make a handspun version! I have a lot of fiber lying around and by the time Balsam and Oranje are finished I should be able to start knitting away on this project. I’m planning to spin a 3 ply yarn of which 1 ply has different colors. I’m not sure if it’ll be suitable for this project, but it can’t hurt to try 🙂 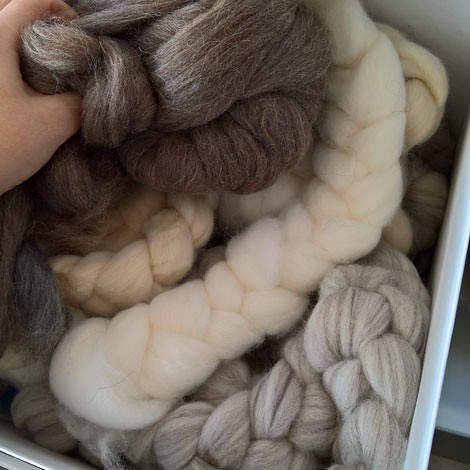 I have a lot of neutrals, but I’m not really sure what kind of yarn I’m going for. I was thinking of spinning some yarn first and then dye it in a darker tone before knitting. On the other hand I really love the oatmeal look, but again, I’m not sure just yet. I think this cardigan is so elegant that it would be even more awesome if the yarn was a bit rustic and showed some character.

The next project will be my Tenney Park pullover. I really loved this project so much I’m going to make a handspun version. For the body I’m thinking of using this Ashford alpaca/ silk blend (I’ll have to buy one more I think. 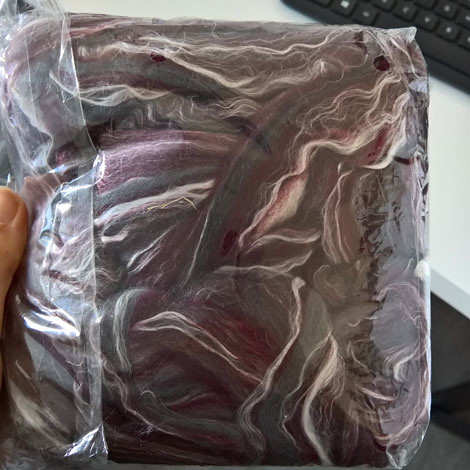 I could also spin a two or tree ply using these fibers as well. I think a combination between the two purples would look really great as spinning usually mutes the colors a bit. The whites in the fiber will probably be a lot less prominent once the yarn is spun up.

I’m not really sure about the one below here because this one looks like it won’t be a good match. 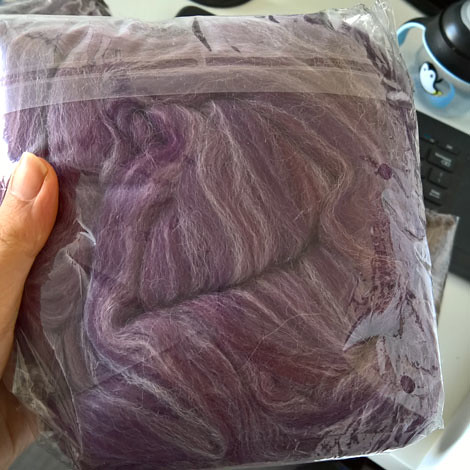 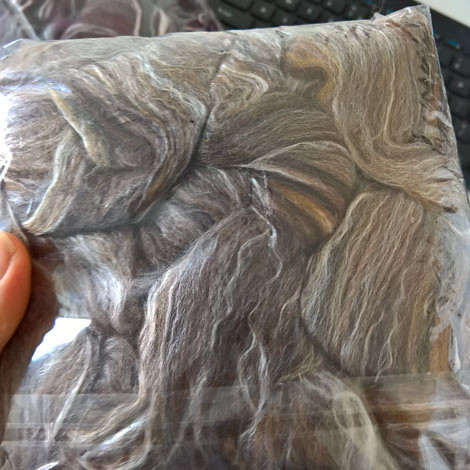 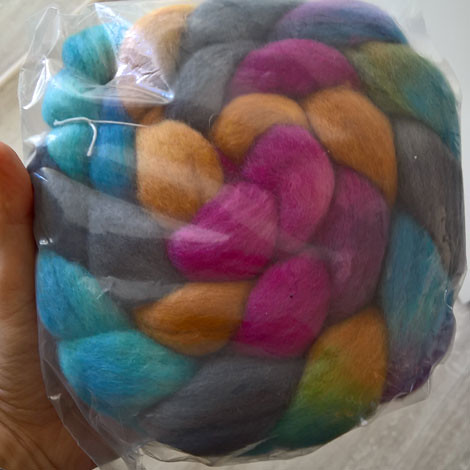 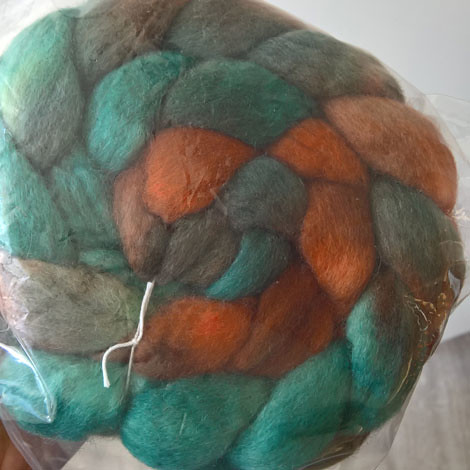 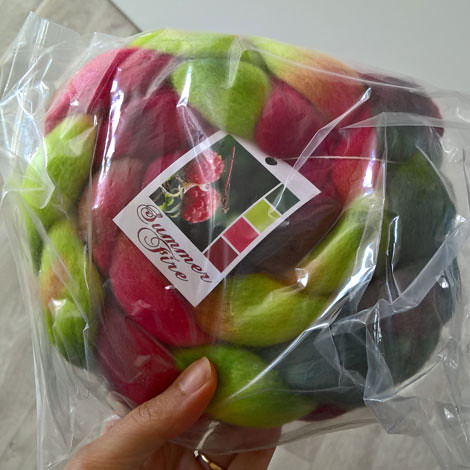 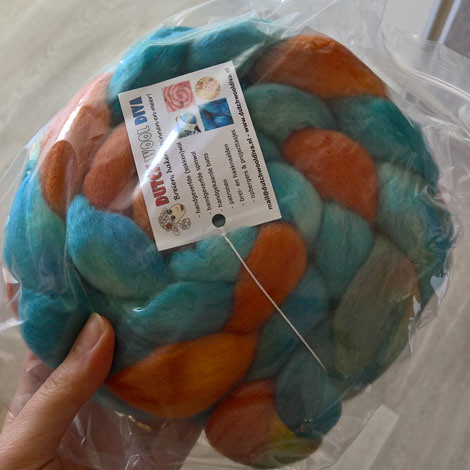 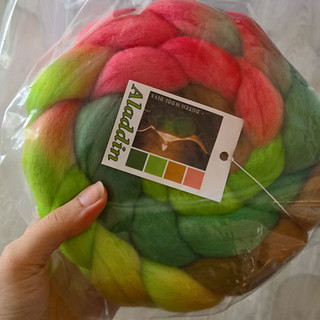 It’s really hard to choose which of the colors to pick. I think I’ll spin the main yarn first to see how the yarn turns out, and then decide which of these I’ll spin for the entrelac

For now this is going to be it. These are the ones I miss the most and if I make the list too long I might get distracted. By the time I’m done with these I might consider reknitting some other projects from the past. We’ll see 🙂