One of the things I love most about deadline knitting is the procrastination knitting it brings on. I honestly don’t understand the how and why of it, I just know that it works that way. So I have one week left to finish the two stranded knitting projects I have left and all of the sudden I’ve never felt a greater urge to crochet myself a large poncho. I mean a BIG poncho.. I bought a ball of Katia “big to knit” as you may have seen in the previous post, and I made a knitting swatch. I love the yarn and the feel of it, but the knitting didn’t do it justice I felt. This was going to be a nice crochet project so I went searching for some patterns I liked.

In the end I settled on this pattern. It’s Gaucho from Garnstudio and I absolutely love every bit of detail in this thing. The pattern calls for a 5.5mm hook, but my yarn is much heavier than the yarn that’s used in the pattern, so I’m using 9mm and I adapted the pattern for a custom fit. The design is the same, it’s just a larger. I have 500 grams/ 700m of yarn, but my mom has a ball of this stuff as well, so if I run out I’ll have some backup and I won’t have to spend another 30 euros for an extra ball if I need just one or two more rows haha.

The project seems simple enough, the only catch is that you have to be able to use your brain, and that’s where it went wrong here people. 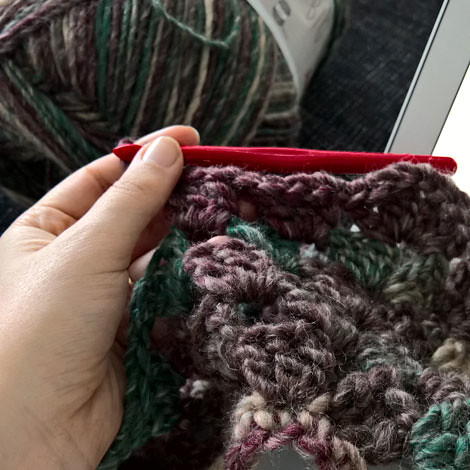 It started out fine (or so I thought). I read (sort of) the pattern, and cast on. I really loved the way crochet and this yarn go together so I was very happy and just worked on. After a while I thought the project was eating a LOT of yarn for how big it was getting and decided to actually think about what I was doing. See this is why you shouldn’t cast on at night when you should actually be sleeping.. 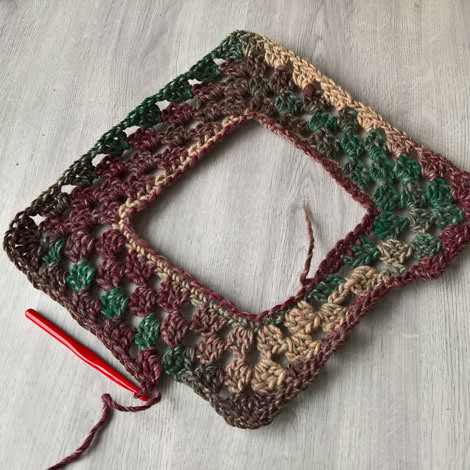 This is what I was doing. I’m not sure if you’ve ever made a standard crochet poncho, but there are only two increase corners (mid front and mid back). It’s not supposed to be a square. Obviously I had taken the time to take this picture before knitting halfway through the ball of yarn.. I can’t believe I didn’t see what I was doing back then.. The stupid is strong in me I guess haha. 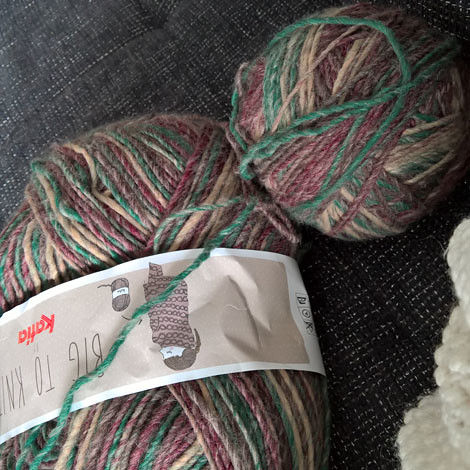 So I obviously end up frogging the thing. Did I mention the yarn doesn’t like to be frogged a lot? So I cast on again and started happily crocheting away. Until I noticed that somewhere along the way (some 5-ish rows back) I had forgotten to increase and I’d been crocheting along for the last 5 rows. So I had to rip those rows out again because such is the nature of crochet. Knitting can be fixed, but crochet, sadly, cannot. I didn’t take any pictures of that part.. 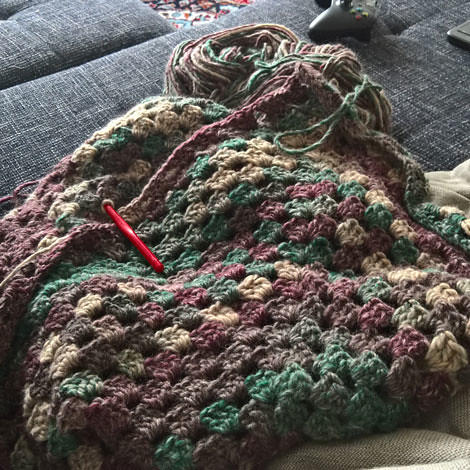 I restarted and now everything is fine. Surprisingly, it only took 1 day to get as far as I am again, so it’s really a very quick project for ‘in between’. Which is what I don’t understand about myself and deadline knitting. I want to have those two projects finished first, but something in me screams “procrastinate!!” At least it’s a quick project, so once this one is done, I’ll get back to the sock and mittens 🙂 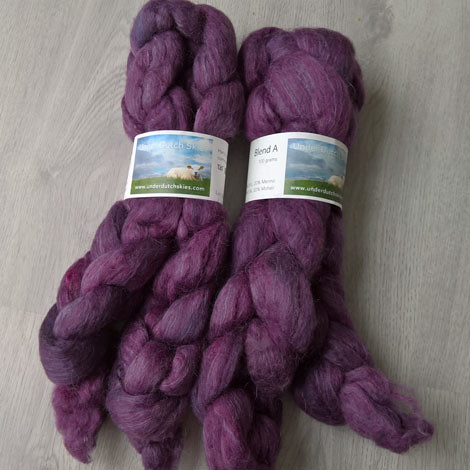 In other news: a new webshop has opened for lovers of fiber and spinning: Underdutchskies. Last Sunday was the grand opening and because of it there was a 10% discount. I’m still on a yarn diet so obviously I jumped in head first.. I’m the worst. So much for discipline right? Anyway, it’s not as bad as it sounds, because these two lovelies where a present from my mom <3 THANKS MOM! 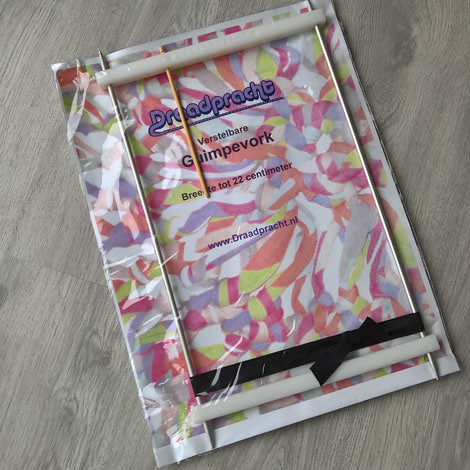 I also ordered another hairpin lace loom. I had ordered one a while back, but I wasn’t able to find it, and I also felt that it was a bit small. The loom I had was perfect for finer works, but I want to be able to make artsy, BIG looped stuff with it, so I ordered another one from Draadpracht. I had bought the first loom at the breidagen a few years ago, so I remembered where to go for my online purchase 🙂 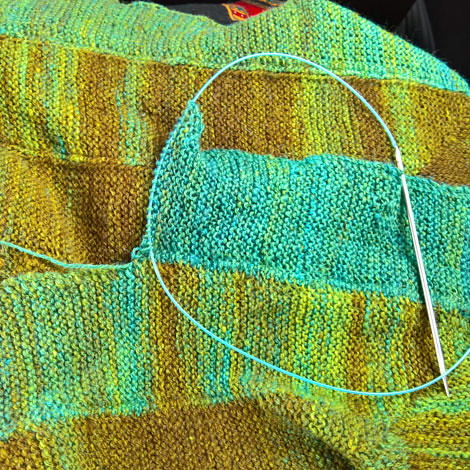 I’m still knitting on Ma’iqs ten stitch blanket, and there’s some actual progress. I love how the colors blend and how we’re moving onto the turquoise and the ball is visibly shrinking! I hope this won’t take as long as the first ball because I’m really impatient to see all the colors combined in this blanket!

One thought on “Procrastination crochet..”