whelp.. I guess it’s really going to happen. Lilirious is moving. Again. I tend to move a lot I guess. Maybe it means I’m a restless spirit, or maybe it doesn’t mean anything at all. Either way, I’m happy to move and I’m happy for the good times we had in the house we’re leaving behind. For now, a very short update, but once we’ve moved everything I’ll be sure to post some pics of the new house 🙂 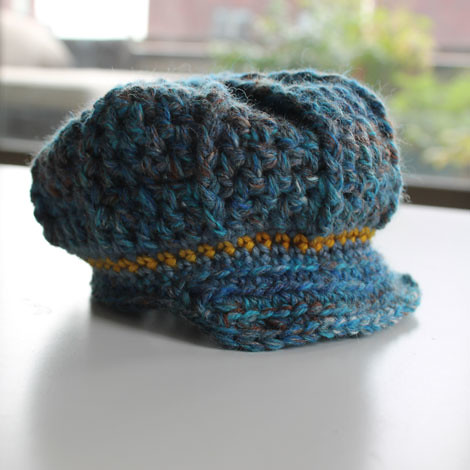 I crochet a little baby hat! <3 It’s super cute and very easy to crochet. I used my own handspun, held double and I’m really happy with the way it turned out. I also finished another one, but I don’t have any pictures of it yet. 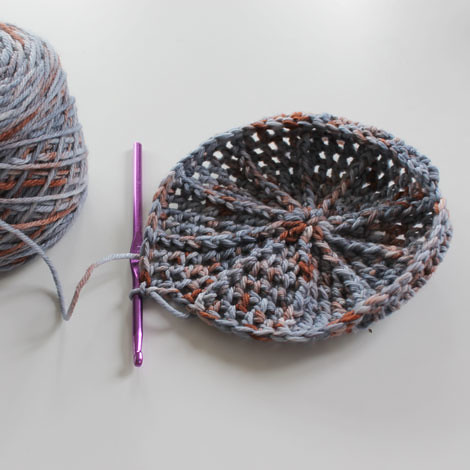 For this version I used the dk yarn from Dutch wool diva in colorway “we come in peace”. I’ll take a picture soon 🙂 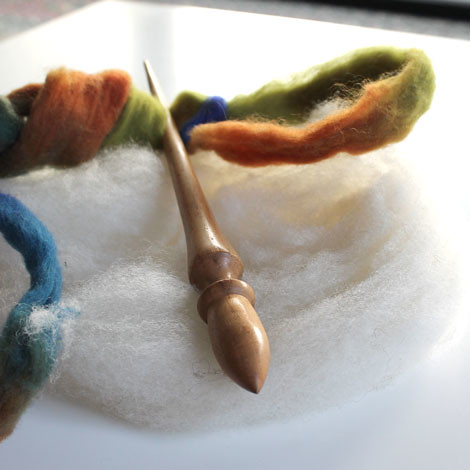 In the mean time I also met this pretty girl 🙂 She came to me via facebook and I fell in love. The lady who sold it to me also sent me a lovely carded fleece and roving <3 I can’t wait to try it out. For now, it’s packed neatly and safely.

I knit a sock! I started out with dpn’s but I’m finishing this pair with my new hiya hiya sharp needles. I absolutely love these knitting needles 🙂

I worked on my ten stitch blanket some more. I love how this one is turning out! I love how quickly this project seems to grow. It’s probably because each row only has 20 stitches :). The ball you see in the picture is the second ball. I’m still working on the first ball though, and I have a lot of knitting to go before I’m ready to start the second ball.

I dropped my phone. On the 7th of September actually. It really sucks, because it can’t be fixed. I had it repaired, but the glass wouldn’t stay in the frame. The repair man said that my frame was bent. Anyway, this explains my silence on instagram a bit, because it’s really hard to look at this screen. It also doesn’t want to work sometimes, and there are glass flakes falling out of my phone when I touch it. At this point I’m holding out until the 950XL comes out, and then I’m going to get me one of those insurance thingies that cover me being a dumb@$$ and dropping my phone (again).

Also: I finished these socks and they were immediately stolen by DH. Nice.

So anyway, in between all of this moving and packing, I FINALLY managed to completely rewrite my Khajiit Cowl pattern. I’ve rewritten it so it includes row-by-row instructions on the short rows, renewed the charts (including row by row instructions). I also added the option to make a lightweight version and I also added two sets of charts so you can determine the type of fabric you want to end up with.

All in all it was quite some work, but it was totally worth it! I sincerely hope you’ll enjoy the pattern!

The English version is up and running, and the Dutch version will follow soon (I’m still working on the translation). I’m thinking halfway this week. Let me know what you think!

Once the move is complete Lilirious Patterns is going to publish a lot of new patterns! w00h00!