Hello from the other side <3

So anyway, I’d thought of another thing I wanted to work on, but I forgot (yay, nice going). I guess I’ll stop the rant part and move onto the actually knitting stuff.
PS: I remembered: I want to organize my rav stuff and my blog! I haven’t taken pictures of my stash, and I’m not good with keeping up my spinning projects. Right now I don’t know how much I’ve knit, finished and/ or spun. Sucky. So that’s something that needs to happen! (also: I still need to organize my Flickr stuff, but that’s much easier since the update and the flickr uploadr was released. I’ll talk about this one later). 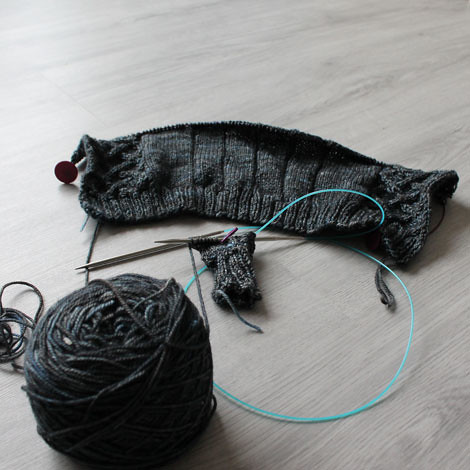 Here’s my gramps cardigan. You may have seen the other one I knit on instagram (pictured below). While looking for it I realized I haven’t even blogged it, and what’s even worse: I never even finished it (it didn’t have any buttons ARGH). What kind of knitting mom am I anyway.. BOOHOO!

So to redeem myself I started another one (somewhere in November, see.. still a sucky knitting mom T.T), but I’ll finish it before the end of January (2016!).

So after the move I went for a little stroll through the shopping area and lo and behold the drycleaners doubles as a yarn store… Gotta love those yarnies… Anyway, so I couldn’t leave empty handed (of course) and I bought 4 balls of this stuff.. it’s Katia Cotton-merino “plus” and it’s dreamyyy. It’s so soft and squishy I want to hug it. So far I’m not sure what to knit with it, but I’m sure it’ll tell me what it wants to become. I’m hoping something for DS 🙂 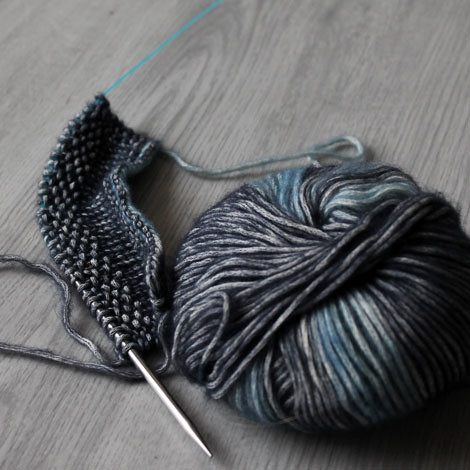 While working on other things and feeling bad about not having knit so much for DS, I realized I haven’t knit anything yet for DH. Well there was this one time I designed Deerception for him (and I think he looks so hunky in those pictures). But other than that… he has some fingerless gloves and a few pairs of socks (I steal every time). 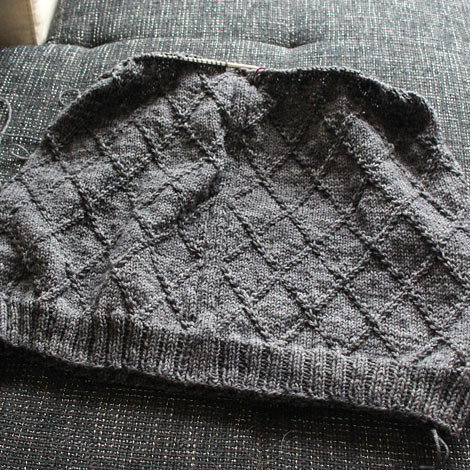 I’m writing it as if I had planned this all along, but I hadn’t. I’m just hoping DH will skip over this part while reading.. I didn’t have any plans at all when I bought these delicious yarns from Dutchwooldiva. I saw them, I fell in love and I ordered them. I don’t even know how it happened, it was lightning fast. So here I am, owning 3 gorgeous hanks of romeo and no way to explain myself.. I mean.. 3.. I can hide one, but 3. 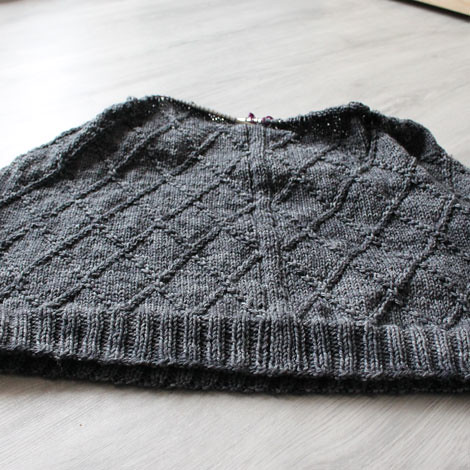 The plans I had grew and they became much bigger, so I decided to ask the Diva for 3 more of these, and being the awesome dyer she is: she delivered: 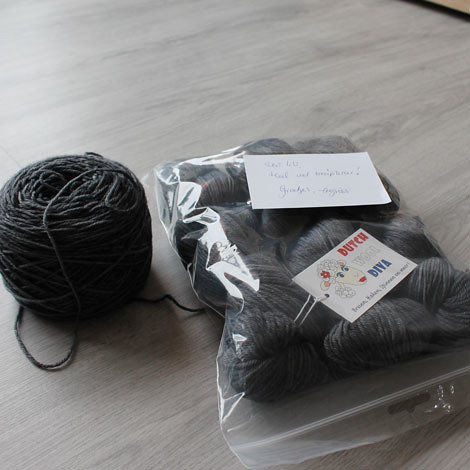 I’m currently working on my second ball, but I planned to make something for DS as well so they’ll match when they wear it. I’m planning on knitting this sweater in the remaining Romeo for DS. It’s so manly but yet so incredibly cute! I’m still not sure if I’m going for two colored brioche or not. I think it could be very pretty if I find a matching color to go with it. It might be a little too serious.. but then.. it’s romeo.. what could possibly go wrong <3 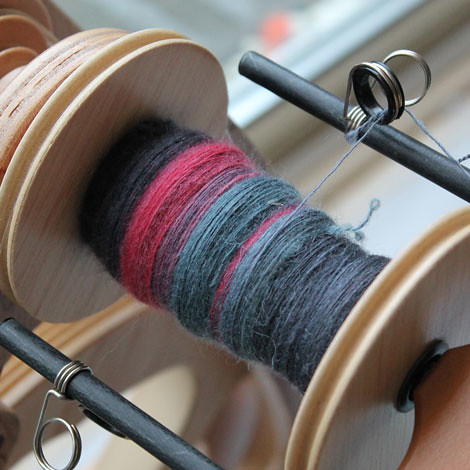 In other news: I’m spinning again! This is also what reminded me to keep better track of my spinning projects. I’m not really sure when I started spinning, but at least I made a project for it on Rav so I can keep track now. 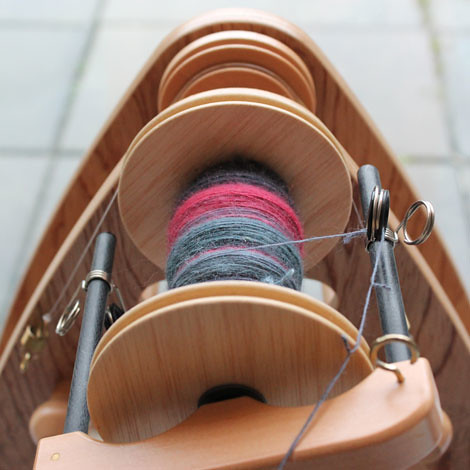 They say knitting is like meditation, but spinning is the same, without the counting and thinking. I love how quiet my mind goes when I’m spinning. 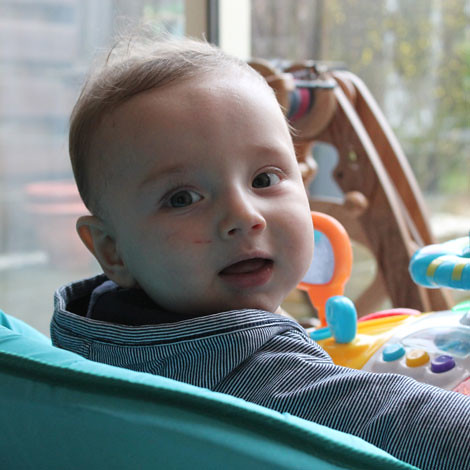 When you have your first baby, people tell you to enjoy every bit of it, because they grow up so fast. You don’t believe it because the 3 am feedings can make your days feel like weeks.. But looking back I understand what they mean. There’s so many things happening at once.. it’s very easy to lose track of all the things that are happening 🙂 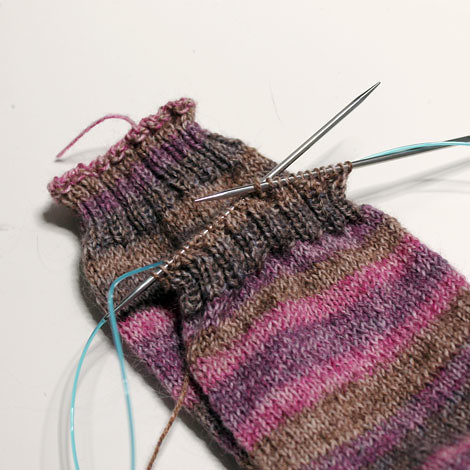 Which brings me to this last picture.. I’ve never -ever- spent so much time (not) knitting on 1″ of fudging ribbing.. I mean.. what happened here…