I’m saying goodbye to my phone. Dear Note. You served me well. You started out amazing. Deteriorated too quickly, your battery life was ok at first and then just plain non existent in the end. I feel bad for saying this, but you didn’t even manage to survive for the 24 months you were supposed to function. Now you can rest. I’ll see if I can find a new battery for you and if that will fix your problems. But I doubt it will do you any good.

I stopped updating my twitter and instagram because my phone couldn’t handle the apps. It would either crash or it would empty the battery in less than an hour. I now have a Lumia 1520, and I’m back in the game. I’ve set everything so if you like you can follow me on instagram/ twitter. 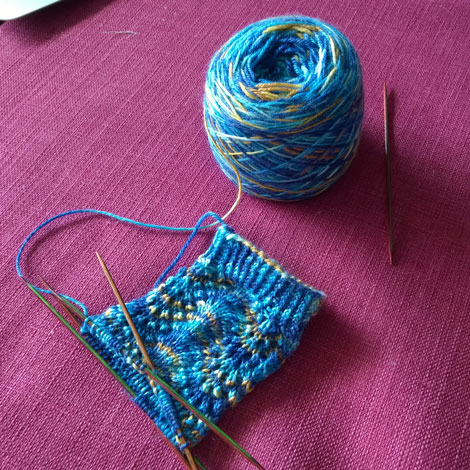 My new phone makes some awesome pictures! I borrowed these from my instagram feed because I was too lazy to take ‘real’ pictures with the ‘real’ camera. These are my “By the river Seine” socks in Dutch Wool Diva bamboo sock yarn (in colorway: Jelly Fishing). I’ve knit these before, but I frogged them because they ended up being waaay too big for my feet. I usually cast on between 60 or 64 stitches on 2.5 mm needles. I’ve found that this produces socks that always fit my feet in a comfortable way. I don’t like knitting socks with smaller needles, and I only use bigger needles for the BF (because he doesn’t wear them very often and needs them to be ‘airy’ because of hot feet). 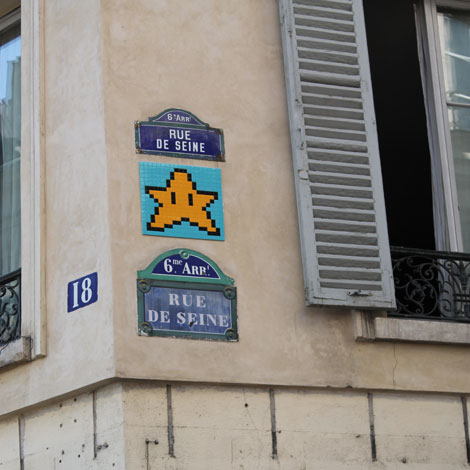 I forgot to mention but we visited Paris last week. I wanted to blog while I was there, but in the end I decided to enjoy the stay first, and blog about it later. 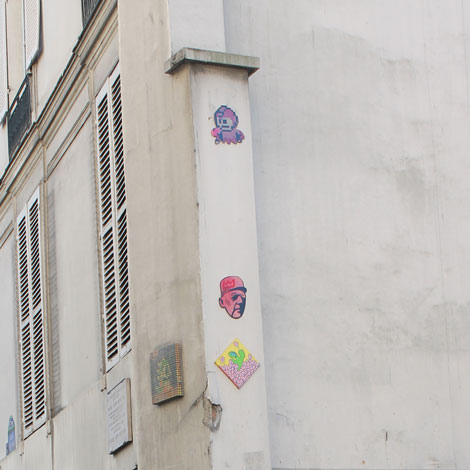 We found a star and Megaman (and the bubble bobble guy). I usually take more pictures, but I guess this time I was more focussed on taking in the sight and I actually forgot to take pictures. 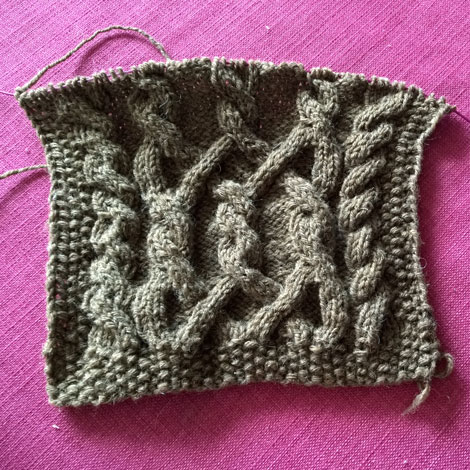 I used my 5 ply Manx Loaghtan to knit a Dryad (by Brooklyn Tweed). I had already bought the pattern a while back, but I wanted to use woolly and textured yarn. I think the pattern and yarn work really well together. 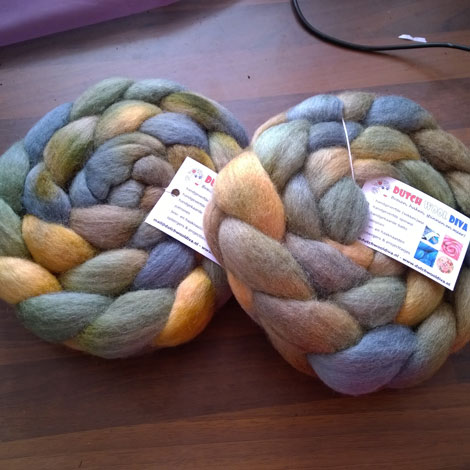 In the mean time I’m still expanding my TdF spinning stash. My goal this year is to (only/ mostly) spin on the Bliss. My goal is to make yarns with 4 or 5 plies, and yarns with special effects (like glitter). There’s still some time left, but I’ve already ordered some extra. Maybe I should dye some of the stuff I have at home…