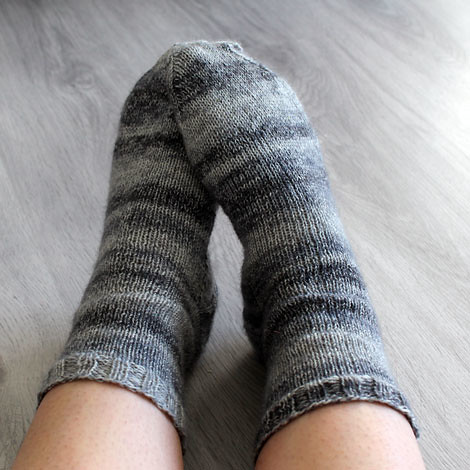 I have finished objects to show you and I’m very happy about that! I’m on a serious finishing spree and I’m really enjoying the feeling. Though I’ve had a few instances where I caught startitis and started casting on for 20 projects at the same time, I’m not so sure I’ve had finishitis that many times before. 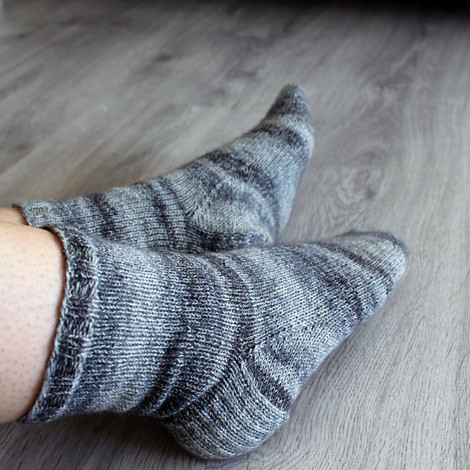 It really helps to focus on one project at the same time and not to be distracted by all other things that seem nice. I guess after a while you get bored with a certain project (if you don’t work on it, it won’t get finished and it’ll seem like you’ve been working on it for ages, while in fact it’s been lying around for ages). I really like how these socks turned out and they fit me perfectly. And there’s the problem, they were supposed to be for DH. You may remember this post, so you’ll know I have enough yarn to knit a few pairs of socks, so he’ll get the next pair 🙂 I believe it was about time I knit a pair of socks for myself anyway. 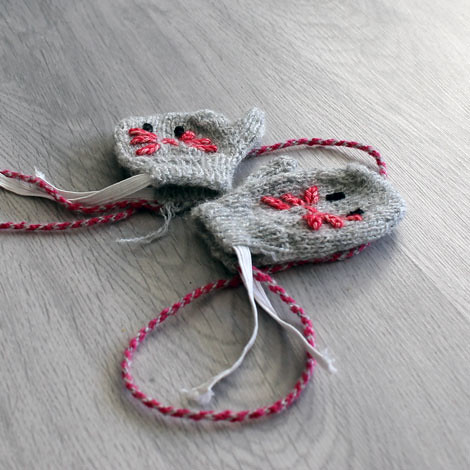 Another FO I’m going to talk about are these mittens. I usually don’t take orders and I don’t do any commercial knitting. The first reason being that I’m not fast enough and the yarn can’t be cheap enough to make it worth it. My own time, obviously, is not cheap either because I do not work for minimum wage. For these mittens I was willing to make an exception. I was contacted through FB to make a pair of mittens for a little girl, the left mitten had to be a bit smaller than the right. Since it was such a tiny project, I went ahead and knit the pair and shipped it. Unfortunately, they turned out a bit too small, and by that time it was Christmas and then I wanted to try a few different things with the mittens, and in the end it all worked out and I sent them out yesterday. I’m still not sure if they fit, they may be a bit big, but that’s usually not such a bad thing. The yarn is Finlandia Shetland and is really warm. 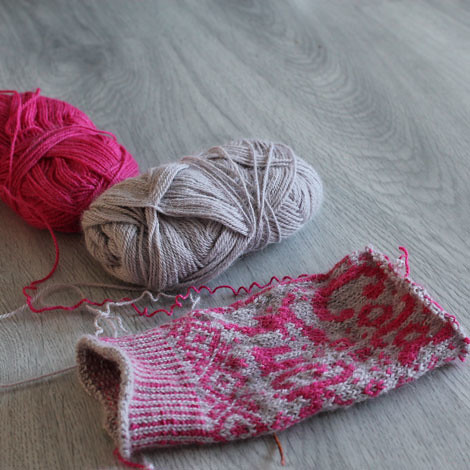 In other knitting news I’ve restarted my “how cold is it” mittens. I readjusted my goals for this month because all the knitting projects I had were already done and it was the 5th of February, so I extended the list by two more projects. One of those projects were these mittens. I already had one of the mittens 3/4 done, but in the end I decided to restart. One of the reasons (this is also the reason it’s been hibernating for so long), is that there are a few (tiny) mistakes in there. These mistakes bug me. Maybe they shouldn’t, because you can’t really tell that they’re there, but they bug me enough not to want to knit on it. So I guess that settles it. 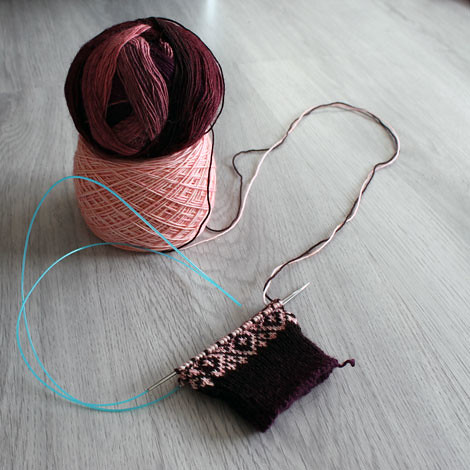 Another reason is the corrugated ribbing. I learned this very quickly, but in all honesty I don’t think it’s very functional because it doesn’t really stretch. I like the look and I find it very decorative, but mittens are functional things and I like them to be tighter and stretchier around my wrist, rather than have them be pretty but floppy (and let all the cold air in brr).

So that’s the first thing I decided to skip (as you can see in the picture I used 1×1 normal ribbing). I also felt the colors were a bit too light/ bright. I like moody and muted colors, and though I loved the pink at first, at the moment I’m not really much of a fan 🙁 The yarns I chose for the new version are (left) Schoppel-Wolle Zauberball in colorway “bombeere” and Tosh Merino Light in colorway “Mary Ringwald”. I really loved the color effect of my handspun ‘deep in the forest’ mittens, and the Zauberball would give me some of that effect. 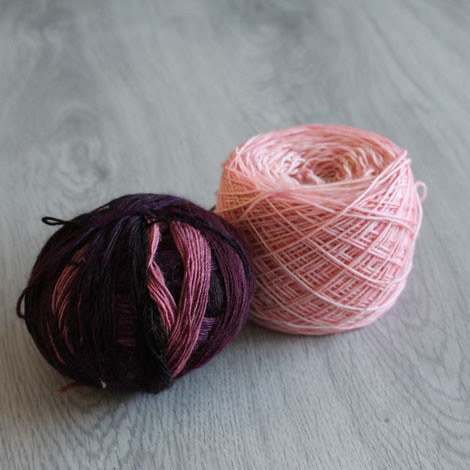 In the mean time I’ve been working on my Baa-ble spinning project I talked about in the previous post. I’m using the ply-on-the-fly technique, and somebody on Instagram mentioned that they would love to learn how to do it. So I decided to do a short photo tutorial on the ply on the fly technique, because there might be others out there who’d be interested. 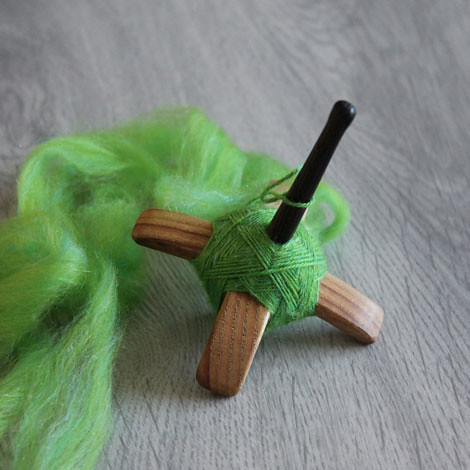 This is what the spindle looked like yesterday (I’m got a bit more spinning in but I’m focussing on my mittens right now so there’s not much progress anyway).

The big difference between spinning a normal single and plying on the fly is that you ply immediately after spinning and then you wind the yarn onto the cop. 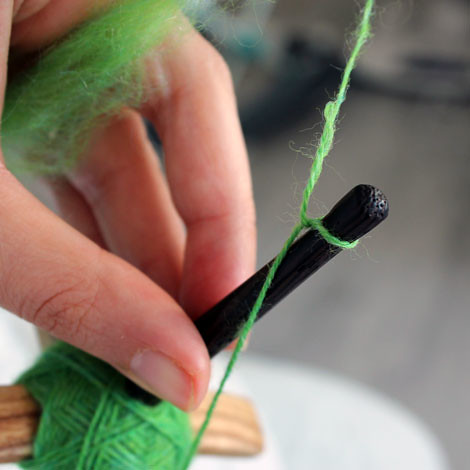 Before you begin you’ll need to be able to spin comfortable (it’s easiest if you can produce a yarn that doesn’t break), and you need to know how to make a navajo/ chain plied yarn. The ply on the fly method means that you chain ply your yarn before you wind it on the cop.

Note: you can also just divide the single in 3 layers and make a knot on the bottom side and slide this over either the cross or the shaftt.

Tie a slip knot on the top of the shaft (like in the picture) and -this is important– turn you spindle the opposite direction. We’re plying after all, but it’s an easy mistake to make. I usually add a bit more twist in the first one because the twist will have to travel down to the the part below the slip knot as well. Now remove the slip knot and wind the fresh plied yarn onto your cop, and let the loop stick out like in the picture above. 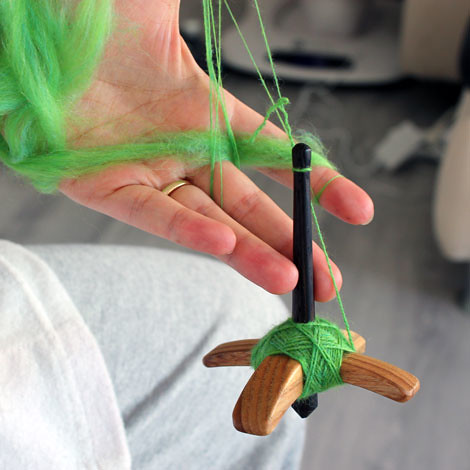 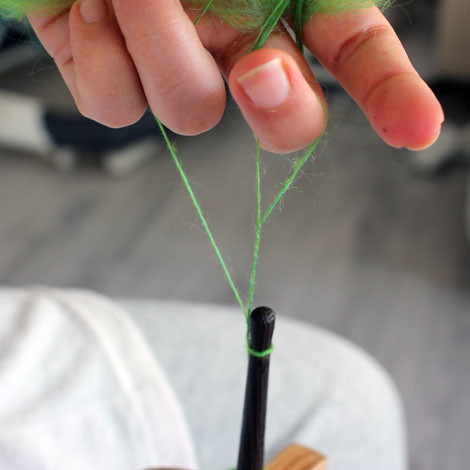 Spin like you normally would and butterfly the yarn onto your left (fiber) hand. Now you would normally do this with your free hand, but I had to do this with the same hand. Open the loop and pull the new single through 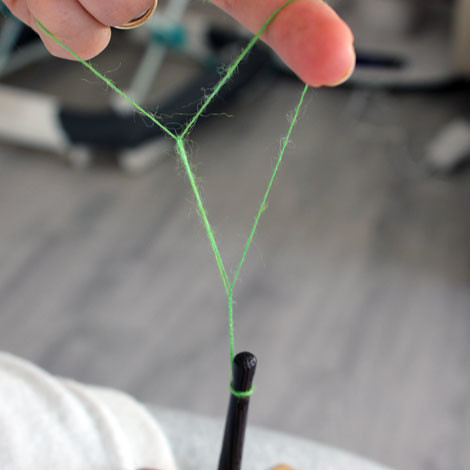 Continue pulling the yarn until the loop is just below the fiber you’re holding in your hand. 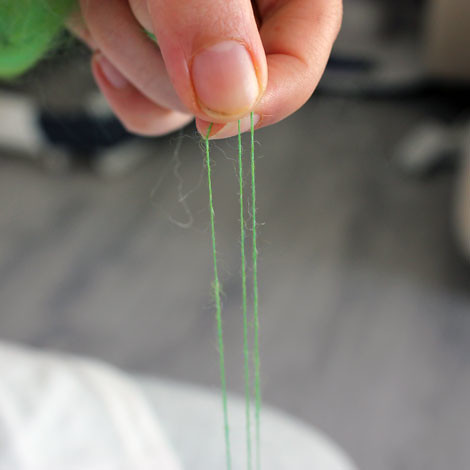 Hold the strands together, tie a slipknot and ply the yarn like before. 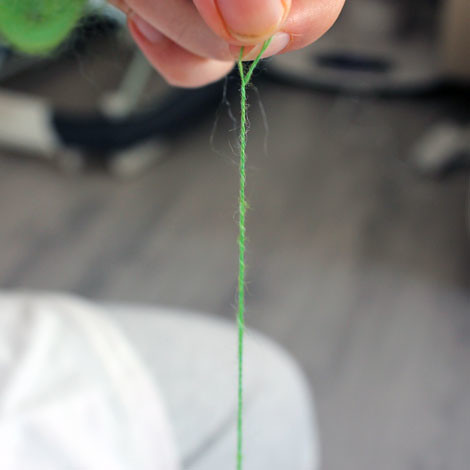 Try not to lose the loop because you’ll need it 🙂 This method has a huge benefit: when you’re out of fiber, you can immediately start knitting. I would recommend either washing it first or letting it rest before knitting though. In my case this is the perfect method because I’ll be able to keep my yarns separate but in neat little packages and measure them all before washing and knitting. 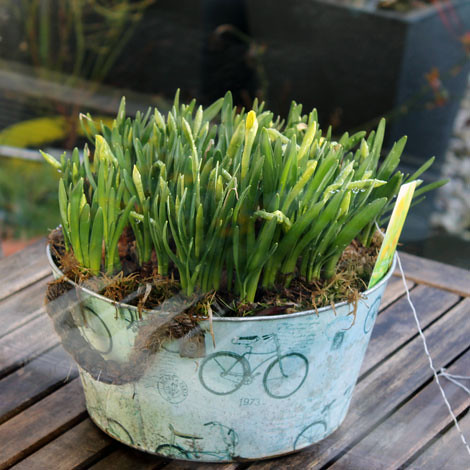 In other news, I’m not sure how the weather is where you live, but in Holland we skipped winter and moved straight to spring. 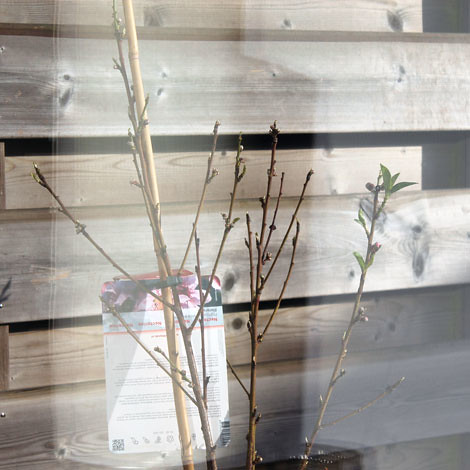 Excuse the poor quality, I haven’t washed the windows yet and I was too lazy to step outside. I’ll be sure to take some better pictures next time, but at the moment I just feel bad because I haven’t had the time to fix the garden yet…