Starting the new year with a bang! This one took forever, but now that it’s done I’m really excited about it! 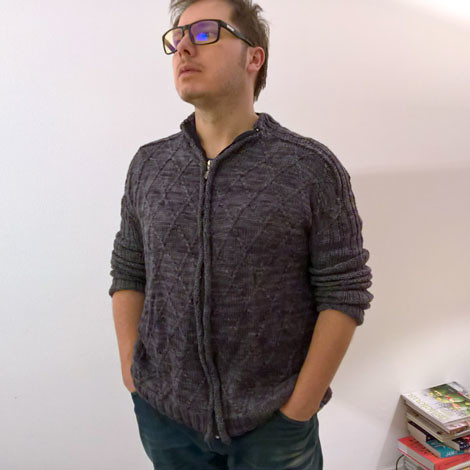 I cast on for this project on December 12, 2015. I already had an image in mind, but I didn’t know how to execute the plans, so progress was slow. I wanted a traditional, but very untraditional vest for DH. Personally, I’m a big fan of argyle vests, because they’re classy and timeless, but at the same time they’re also oldfashioned and, well.. kind of ‘in-your-face’ with their argyliness.. (that’s not a word, I know). 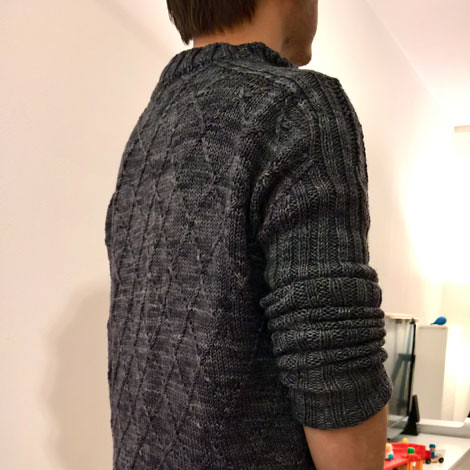 So here I am. Ordering a tonal, dark colored yarn to make DH an argyle vest. So I went with cables instead. A very subdued and understated argyle that completely covers the vest. There’s no denying that this is an argyle vest, but it’s, at the same time, not a traditional one. 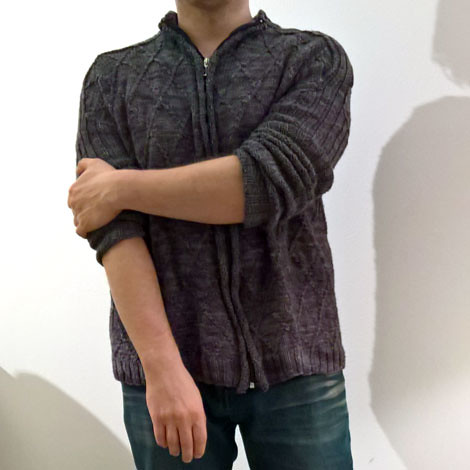 One of the problems I have to deal with when buying clothes is how tight and snug they can be, and while we’re always only focussed on ourselves, I noticed that men deal with the same issues we deal with. So I went for the opposite of what I found in the stores, a slim fit around the shoulders and arms, and a bit looser around the body. 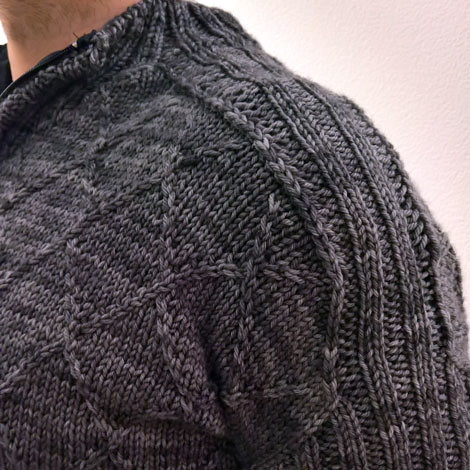 Usually when designing something I have a clear vision in my mind of what I’d like to do with the top part, but with this project it was a total blank. This is (also) what caused this project to chill in the hibernation corner for so long. The knitting itself didn’t take any time at all, it’s the thought process behind the knitting that seemed to take forever. 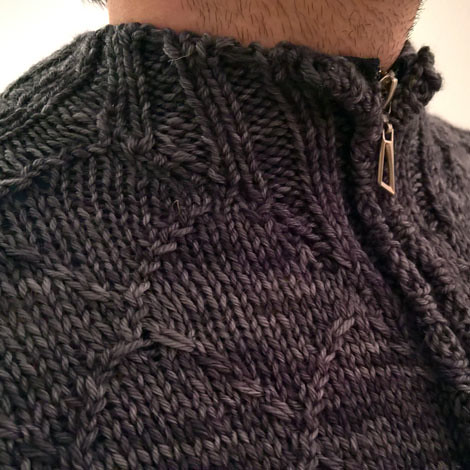 There’s a lot of tiny details that I haven’t been able to capture with artificial light and my phone, but since I’m working on the pattern right now I’m not too worried.

One of the biggest issues I have with blogging is being a bit too difficult when it comes to photography. I need everything to be perfect all the time, but that’s why I can’t keep blogging. I don’t have the time to take pictures during the day (with the shop and all) and I can’t keep this not-blogging up anymore. It’s seriously giving me a headache. 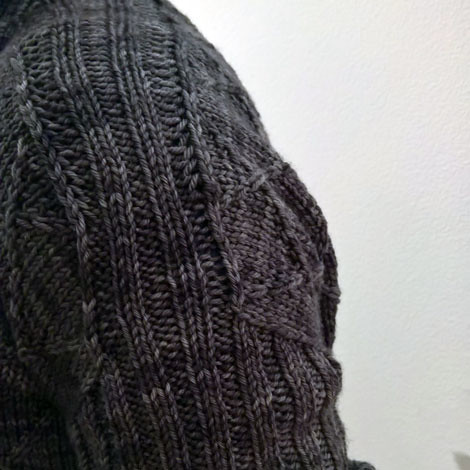 Though I haven’t been posting (and honestly, I haven’t really been knitting either), I’ve never really left. I’ve always been thinking about this blog and I’ve always been feeling bad about not blogging. So I’m sorry about the phone quality photo’s, but at least there’s photos and I’ll be sharing some of the knitting projects (and other stuff) I’m working on, so bear with me 🙂

Hope you all had a wonderful new year (I know I’m not allowed to say this anymore, but I’m a bit late to the party so yeah. So far, I’m having a great 2017, but I’ll have to tell you about the rest in another post. I’m trying to keep the posts organized and trying to keep the pictureless rants to a minimum 🙂 Thank you for still being here and hope to see you more often 🙂

One thought on “FO: Romeo”