It always amazes me how little time you actually need to knit a pair of socks. Knitting socks is not hard, but sometimes it can take forever. Mostly, I think, it’s because we’re not actually knitting. I’m not sure if I’m the only one who thinks this way, or if it’s a common thing, but when I cast on for a sock I have a ‘starting point’. I usually expect the sock to be finished after a maximum of 14 days. This is an expectation based on experience, but also based on nothing at all. I make a mental estimation of how long I will need to knit before I’m done.

Sometimes this system works, and the pair of socks is finished within the estimated time. But other times, a sock seems to never get finished. It seems like I’ve spent weeks and weeks, and even months on a single sock (the first even, not the second) without there being any sign of progress at all.

My new years’ resolution was to knit two pairs of socks every month. I made this resolution based on the estimation of 14 days per sock. It should be doable. But as it turned out, it wasn’t. Right now I’ve just finished my second pair of March socks, and I do believe it’s already May..

So I tried to pay attention to what was going on. It’s a very obvious problem when you think of it. I hadn’t been knitting. I’d start knitting and then I’d get distracted. I’d get up to get myself a cup of coffee and decided to go out shopping instead. 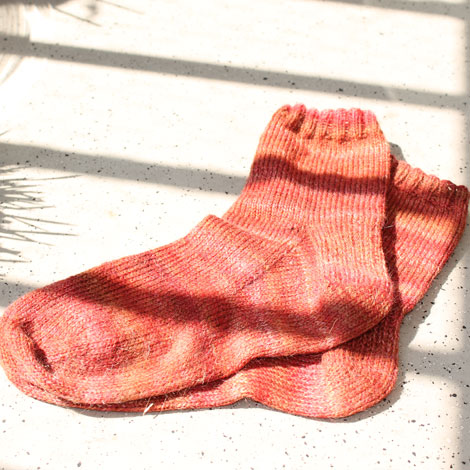 I’d like to present my latest FO: vanilla socks. I actually really like vanilla (and they’re also very comfortable). I knit this on the way to “Tropical Islands“. It’s a ‘tropical’ park under a dome near Berlin, Germany. It’s a 6 hour drive, but we took our sweet time and enjoyed the small road trip 🙂

I spent most of my time knitting, and actually finished these socks on the way. I thankfully had the presence of mind to bring some sock yarn with me, so on the way back I managed to cast on for another pair of socks. 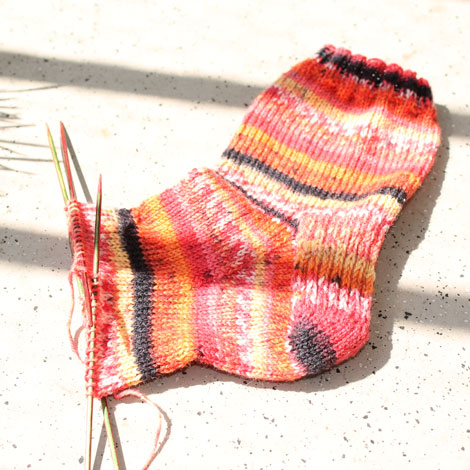 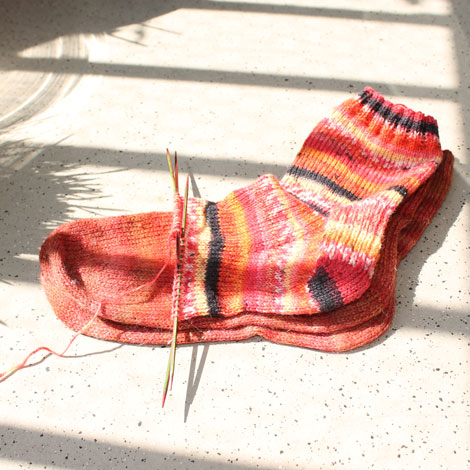 I think it’s very interesting to see how visual stimulants can distract a person from knitting. I don’t look at my knitting. I like knitting vanilla socks because I don’t have to look or count. I just have to let my hands do the work. But still I managed to knit a lot less during the day compared to what I knit during the night. This is the exact opposite of what I had been expecting.

This also made me realize that I don’t spend enough time knitting. I start my projects, I expect them to be done after a while, but I never give (some of) them enough attention.

The opposite goes for my plants. I give them a lot of attention and make sure to give them extra fertilizer etc. when they need it, however I never expect them to grow. I hope, but I don’t expect. 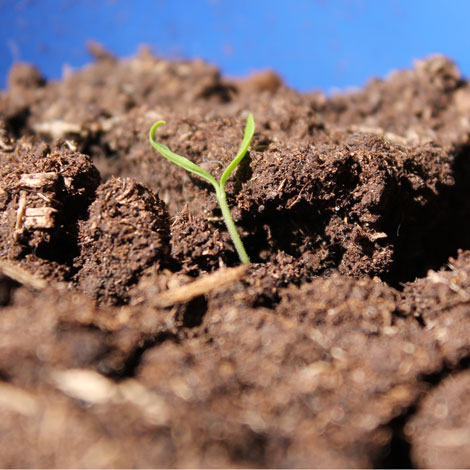 When I plant little seeds in the soil and I know that this is a hot Spanish pepper I’m planting in the (in comparison) much colder climate of Holland, I never expect to see a little sprouting seedling. I hope to see them, but I’m always amazed when I do. 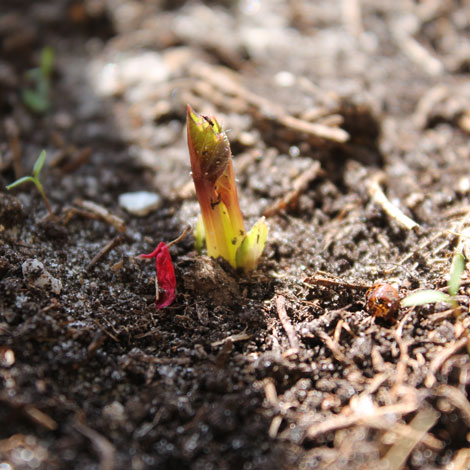 When my uncle bought me a Dahlia bulb when we were at the Keukenhof, I carefully planted it, but I never expected it to actually grow. I hoped that it would, so I could show my uncle how pretty the plant will be and how beautiful the flower will grow. I hoped that it would grow, but even thought it is to be expected, I did not plant it with the expectation to grow, but with something that feels like curiosity and hope for the future. 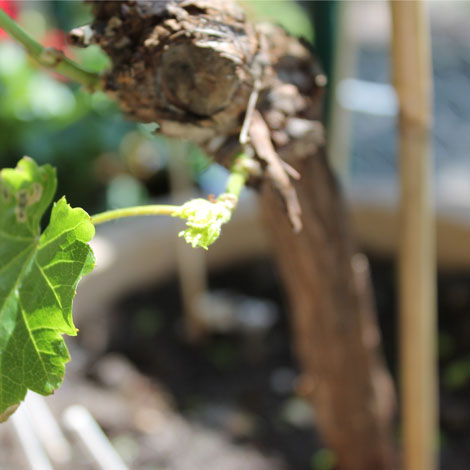 I don’t have any expectations of these things because they are not in my hand and outside my control. I can nurture them and care for them, but I cannot grow for them. Or force them to grow. All I can do is create a nice environment for them to thrive. I can water them, I can ‘feed’ them and I can shelter them when it gets cold outside, or put them back outside when the sun is shining.

I don’t have expectations, when perhaps I could. After all, isn’t that what life does? Isn’t it logical that life grows? These plants might grow even if I never water them, or take them inside during the nights. But my sock will not.

One thought on “Expectations..”