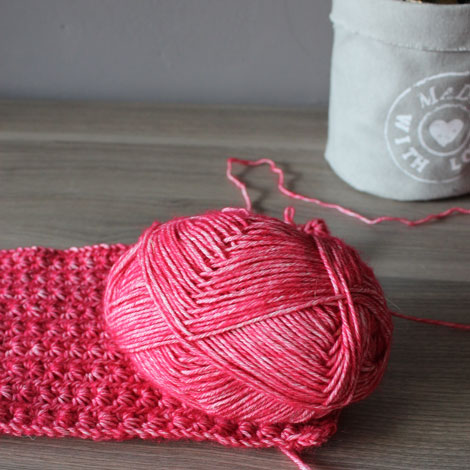 Ever since I saw this yarn online I knew I had to buy it! I don’t knit with cotton anymore because I have/ get wrist/ tendon issues. Crochet, however, is a different issue. I like crochet and I think it’s an awesome technique, but I personally think most yarns look better when used in knitting. This yarn made me eat my words. This yarn takes crochet to another level. I’m really impressed (you probably couldn’t tell). 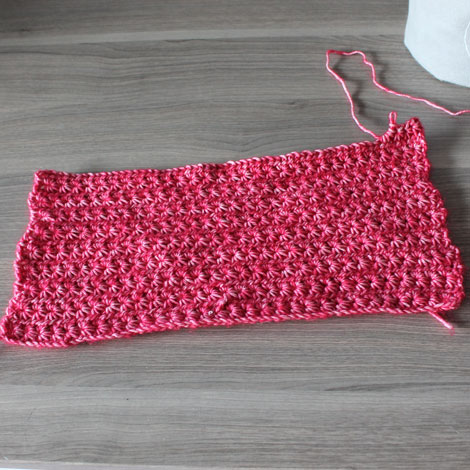 I know it looks a bit odd, but I’ve counted and the numbers are correct. That’s my problem I guess, I can’t crochet a straight edge to save my life, which is also why I don’t really like to crochet. I’m so bad at it that it makes me want to do it less and less, and as a result I’m not improving. I think this yarn will make me want to learn more about crochet. I think ‘free form’ crochet is really awesome and it’s definitely something I’d like to learn some day. It’s working on something without boundaries and shapes to create something unique. I’m really not good at freeform stuff. 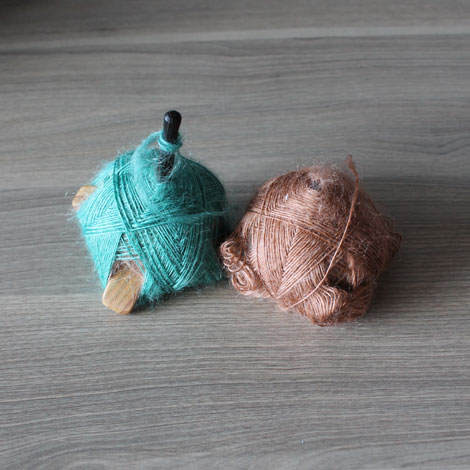 Yesterday, during the match between Germany and Algeria, I managed to finish the last 50 grams of seafoam in kid mohair. It was very difficult and I dropped the spindle quite a few times because the match was so incredibly exciting! In the end I knew I wouldn’t be able to ply and watch, so I decided to let the singles rest for another day. Today I’ll ply them on the wheel to get in the mood for some fiber prepping for the Tour. 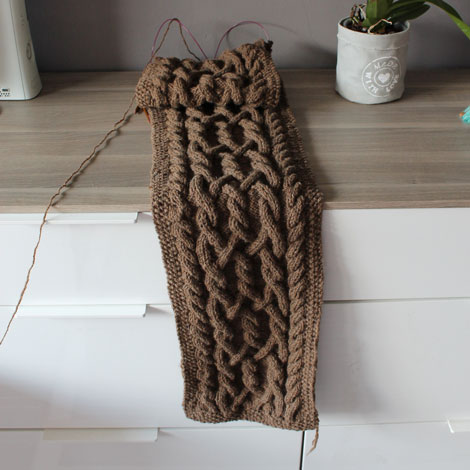 In other news, I’ve also been knitting. This sunday we went to Delft for a little knitting mini cruise over the Delft canals. It was awesome! I managed to knit quite a bit and now I have only one hank/ ball left. I think I’ll use the woolness yarn I bought for this project as well. This will mean that the scarf begins with a 5 ply and ends with a 3 ply, but I don’t really mind 🙂 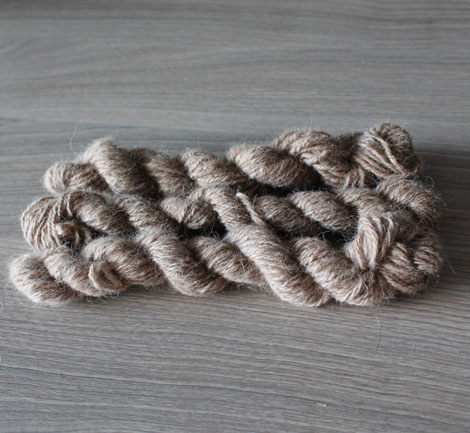 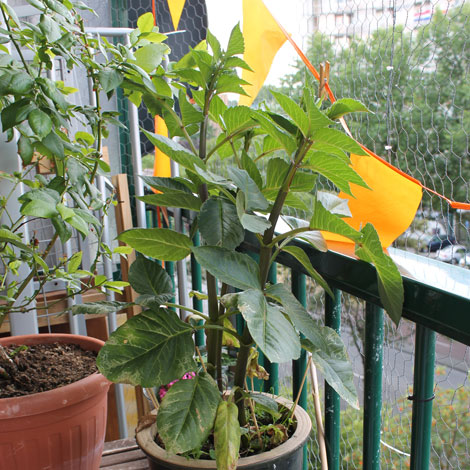 A little gardening update. Here’s a picture of the Dahlia my uncle bought for me. It’s grown quite a bit since the last pictures I posted. I kept forgetting to post pictures, and it really grew quite fast. I had to place everything on top of something to protect it from the bunnies. So far it’s working out quite well. 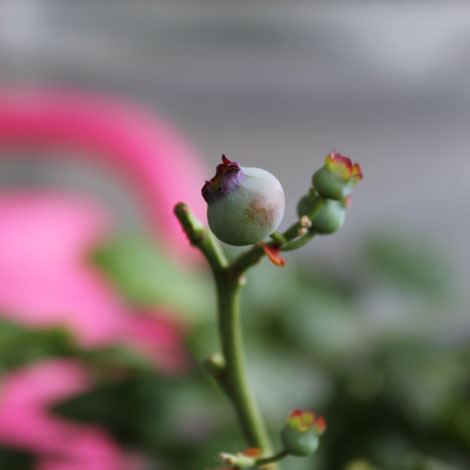 The blueberries are changing from green to blue! 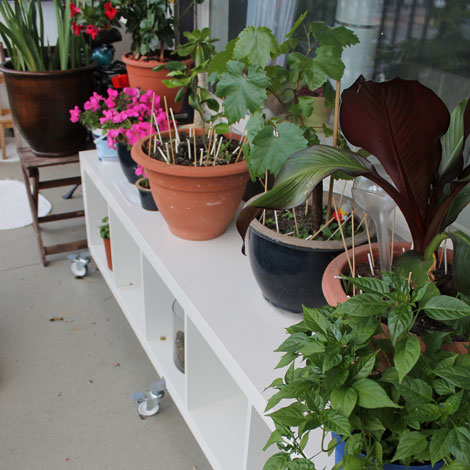 I moved this ikea thing outside and placed all the plants on top. Now I can move them toward the sun or leave them in the shade (a tiny bit of shade on my South-West facing balcony). Best of all: the bunnies can’t reach them! 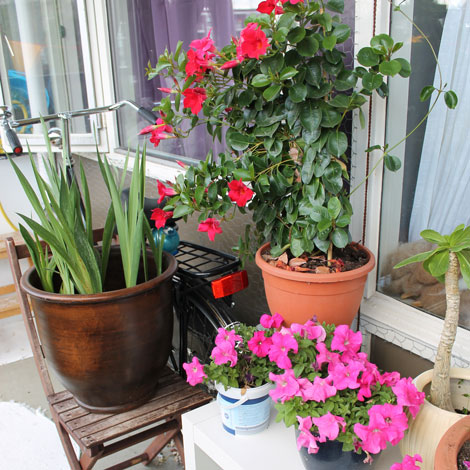 Flowers! The gladiolus is still growing, so no flowers yet, but I believe it said they would bloom in august, so I still have to wait. I really like the happy feeling these flowers give me 🙂 The pink one was a present from my MIL. 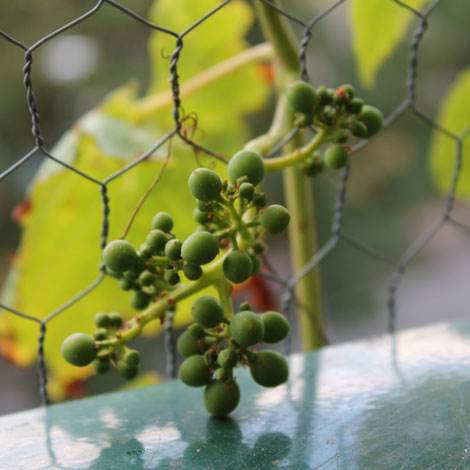 One of the most important things for me are the grapes. It’s taken nearly 4 years and it’s the first time we’re actually getting here so I’m really excited! I selected this grape because it’s specially adapted to the weather we have in Holland. It’s supposed to have sweet tasting grapes, even in colder climates (but I can’t remember the name right now, I’ll look it up). 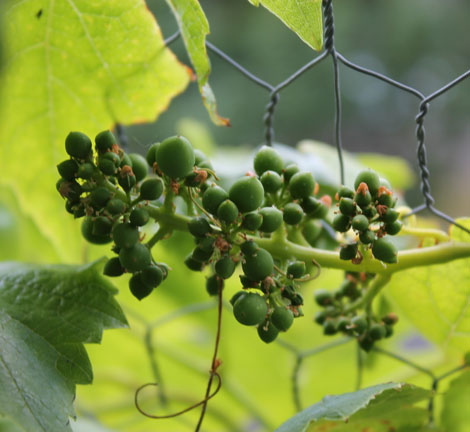