I’m usually a fan of keeping things separate, even when they might not even be separate anymore. I believe that combining certain things might muddle the direction and might be seen as spam. But to be honest, it’s becoming very hard. One of the reasons I stopped blogging is because I wanted to keep “work” projects and “personal” projects separate, but that’s impossible. I have more “work” projects than I have time to work on personal projects, so I don’t have any “personal” work to show anymore. Most of what I do has a reason now, I either want to test a yarn or design a pattern or whatever. So this separation thing has become a bit frustrating to work around.

With that in mind I’ve decided to stop separating this part of my life. I write about what I do, and now that my job is what I love, I can’t keep it separate because it’s not longer a separate thing. It’s just one thing.

So on May 14th and 15th we celebrated the Beltane Yarn Festival, the first edition of the new annual yarn party we have at the shop. There’s always a reason to have a party and this year it was a combiation of my last weekend (before maternity leave) and an excuse to celebrate spring and good weather. 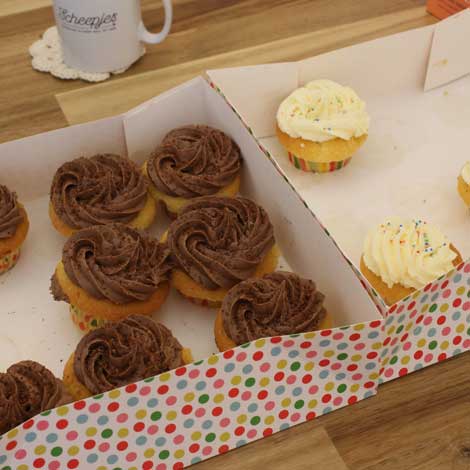 The first and most important thing! Cupcakes! These AMAZING cupcakes were made by Janet and were soooo delicious! She made three different toppings and obviously we had to try them all! I gained at least a kg just because of these delicious cupcakes haha! 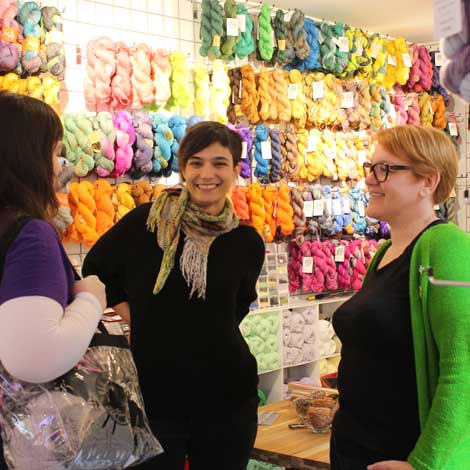 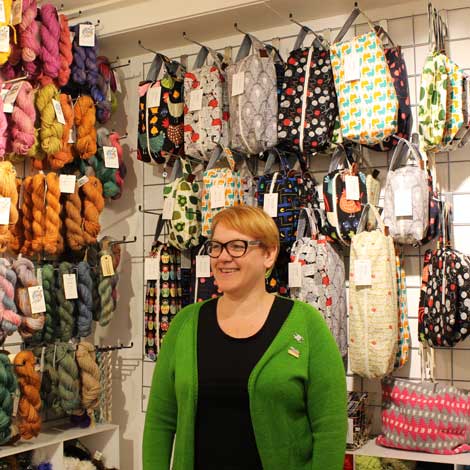 We have our wonderful friend Elske (Yellowstitchbags) who made our custom projectbags <3 We have a number of different type of project bags, but the ones we had a lot of requests for were project bags that would fit 40cm straight needles. Now we have them and I absolutely love them! 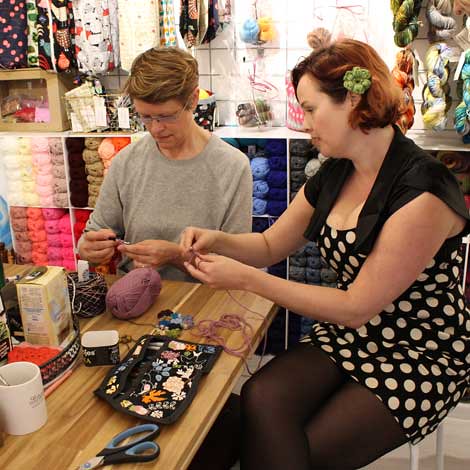 On the Saturday we had a crochet instructor come in and have a, what I call, a “walk-in-workshop”, which basically means that the workshop is a loop and you can just enter whenever and pick up a crochet hook and join in. There’s no start or end time because it just repeats over and over 🙂 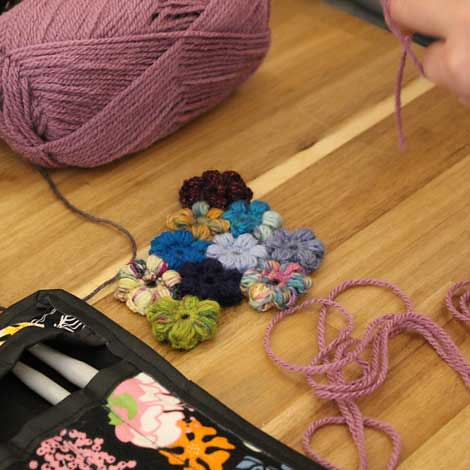 What else are you going to crochet when you’re celebrating the Beltane Yarn Festival? Flowers were definitely the main theme that weekend 🙂

A month before the festival we announced a contest. We have a number of yarns that are fairly cheap, but not very well known. So in order to see what the creative people could come up with we announced a contest. Take two 50 gram balls of yarn and make whatever you want. The only rule is that the final product should weigh at least 100 grams. The progress pictures should be posted on social media for two reasons. Most importantly we wanted everyone to know that it’s a fair contest and all winners are actual people (yay!), secondly because we wanted to show people that every project was real and was started during this period. It’s not something that somebody had lying around already. 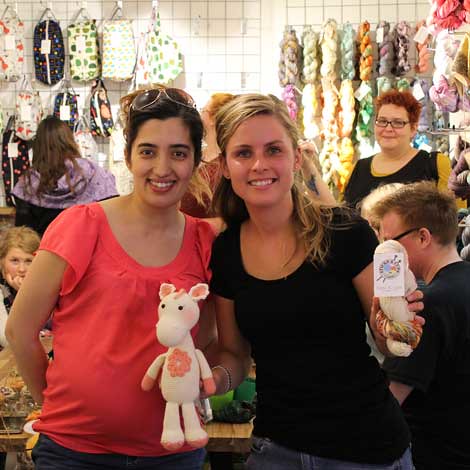 So we had three prizes, the third prize is a skein of our handdyed socksanity. The jury had a very hard time picking from the 15 projects that were sent in, and I was not part of that jury (thankfully!) Third prize went to this super adorable crocheted amigurumi horse <3 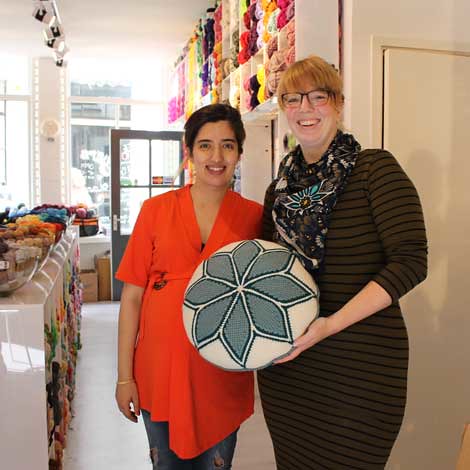 The second prize was a skein of our handdyed sockstravagance. This project blew our minds because it’s not only a tunisian crochet project, it’s one with short rows in it. Holy Cow! The cushion is made with three colours of Scheepjes Olifantje and is double held. The amount of detail in this thing was pretty insane! Amazing job! 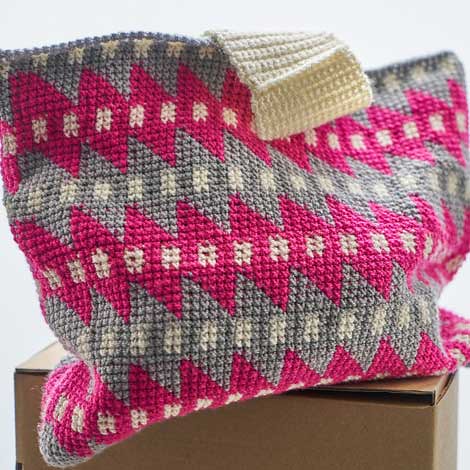 It was an amazing experience because it gave us a view of how incredibly creative people are! I loved all the project that were sent in, and I’m sad we couldn’t give everyone a prize! Thanks so much to all who sent in their projects! 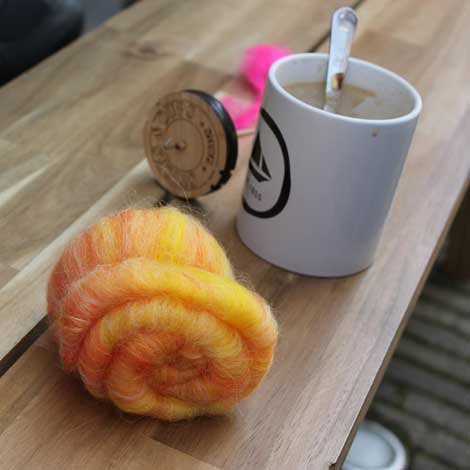 The Sunday was all about spinning! By popular request we decided to dedicate the Sunday to the “walk-in-spinning-workshop”. We have custom Sticks & Cups spindles and we have Dutch Wool Diva minibatts and we had a lot of enthusiastic people come in for the workshop. 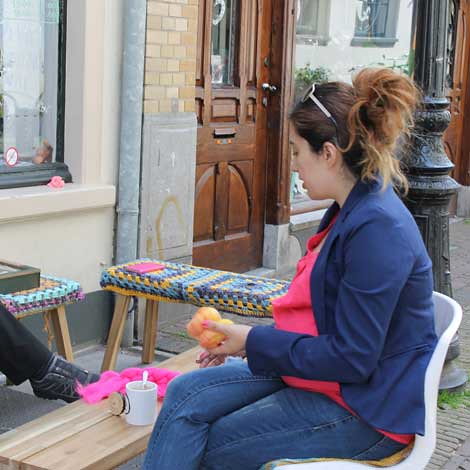 There was a lot of explaining and a lot of talking on my part, but there was also a lot of spinning on students part! 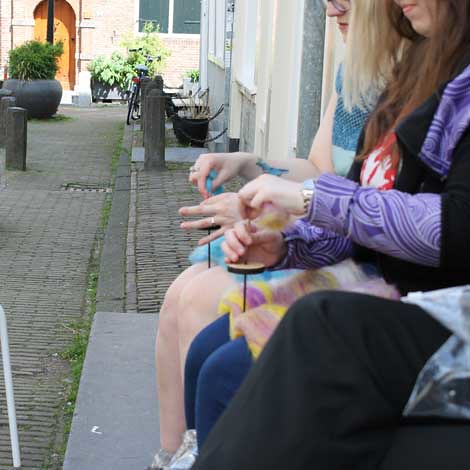 Look at that! it’s amazing! 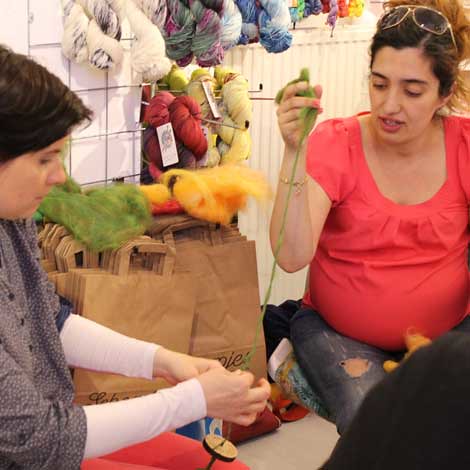 I love how spinning affects people in different ways. One of the most impressive things about this simple act is how confronting it is. It’s truly a lesson in learning to let go, and most of the students at first have a deathgrip on their fiber, and slowly but surely they relax and they produce amazing yarns! 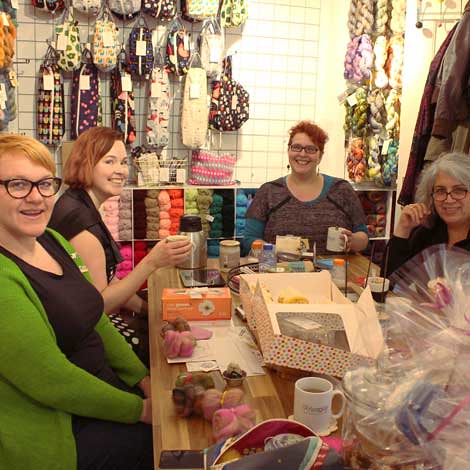 I’d like to thank the “crew”, the amazing group of people who made this weekend an amazing success. I promise I won’t be pregnant next time, so I’ll have the post up in the following week, not a month later haha!

I hope you all enjoyed the weekend as much as I have!